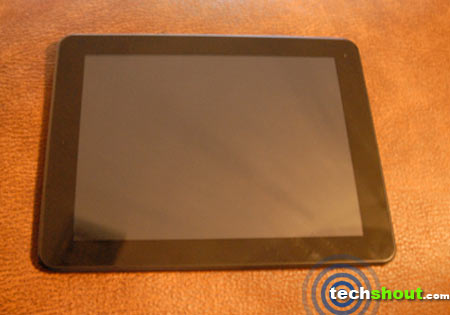 The latest contender to have toddled into our review labs is the Zync Z1000, a decent tablet meant for budget-conscious users. In spite of the fact that the slate steers clear from digging a deep hole in your pocket at less than Rs. 11,000, it seems to pack quite a punch. The device already has a number of competitors in this price range vying for your attention such as the slabs from Zen, iBall and EAFT, so let’s go right ahead to find out what sets it apart from the crowd.

As this is not the first time that the company has designed an Android-based tablet, we expect it to be better than its predecessors. For starters, the Z1000 lets you relish on the Ice Cream Sandwich platform and tags along access to the Google Play store for installing applications. And if that’s not enough, you have the option of upgrading the device to Jelly Bean 4.1, but that’s possible only when the manufacturer decides to release a software update, which doesn’t appear to be anytime soon. 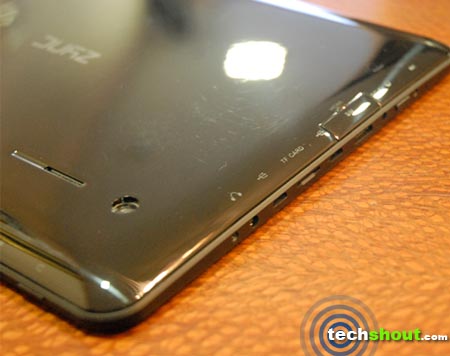 The stylish Zync Z1000 wears a 9.7-inch capacitive multi-touch display and looks pretty decent in its black apparel. While the company stresses that it adopts a slim body design, it isn’t exactly sleek. Nevertheless, at 659 grams, the device is thin, extremely easy to handle and lighter than a hoard of other tablets with the same screen size. The not-so-flattering part about its appearance is the plasticky feel and its strong attraction towards fingerprints. Moreover, the display is highly reflective which is a put-off if you ask us, and viewing at a slightly wrong angle will have you straining your eyes to see what is being displayed.

The sturdy slate sports a thick bezel on the perimeter of its screen along with curved edges. On the right-hand side, it has been fitted with a power button, a 3.5mm audio jack, an HDMI connector, a memory card slot, 2 microUSB ports and a dedicated charging port. While the SIM card slot has been embedded on the flip side, the volume and back keys are fitted on its top edge. Besides these, there are a number of capacitive buttons on the bottom of the screen. The top right corner sports a 0.3MP webcam while the left top part of the fingerprint-affiliated rear panel is dominated by a 2MP camera and a speaker. 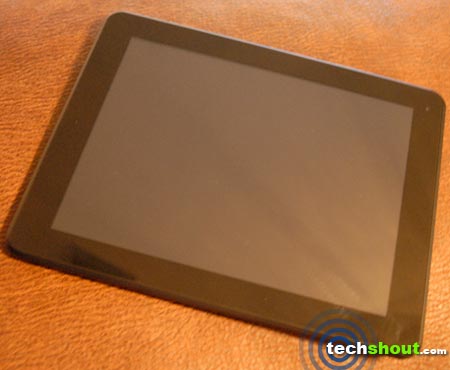 On the specifications front, the Zync Z1000 is your normal low-budget 10-incher that has been integrated with a 1.5GHz processor and 1GB of DDR3 RAM to go with it. Although the graphics performance of the device isn’t the best in its class, its decent visuals can be attributed to the Mali-400 3D GPU. And as we have already mentioned, it makes the most of the ICS v4.0 platform. The slate comes in only one variant with 8GB of internal memory, but lets you increase storage further using a microSD card of not more than 32GB capacity.

The HD 5-point multi-touch capacitive screen renders visuals in 1024 x 768p resolution. The glossy device employs stereo speakers, a microphone and a 3.5mm audio jack. The tab can not only allow you to make and receive calls, but also enjoy 2G as well as 3G internet speeds as a 3G modem has been deployed into its system. The responsibility of keeping it charged throughout the day has been assigned to a 7000mAh lithium-ion battery.

After looking at the specifications and the budget-conscious price tag of the Zync Z1000, we aren’t expecting the tab to wow us with its performance, but it pretty much hangs in there. As is the case with most Android gadgets, it lags as well and may annoy you sometimes with its late reactions. The display does render clear visuals and also plays back HD 720p videos with ease. 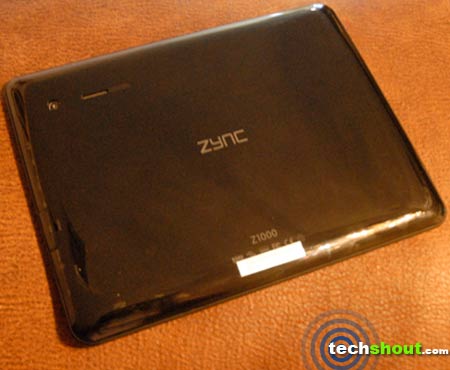 The Z1000 does its best to keep you entertained by extending support to some demanding games. All its sensors work fine and the device recognizes tilt motions, unlike a few others. But if you are looking for a slab with an exceptional camera, this is so not meant for you. The images captured appear pixilated and score extremely few points for clarity. Videos aren’t that great either.

For some reason, the device takes ages to power up. Nonetheless, you can expect it to offer battery life that lasts a whole day, thanks to its powerful 7000mAh battery. It does fair well on the benchmark tests and attains 3634 on AnTuTu; that’s well over its sibling Z-999 Plus’s score of 2999. The tablet manages a 2024 on the GLBenchmark test.

Its huge touchscreen is great for playing games, watching HD videos and even for getting some work done on the move.

Pre-loaded with apps like Adobe Flash Player, Adobe Reader, OfficeSuite Pro and Documents To Go to name a few, it is upgradeable to Jelly Bean.

This Zync tablet supports voice calling and is compatible with 3G networks right out of the box.

The screen is highly reflective and is unable to resist fingerprints.

For an Ice Cream Sandwich-based tablet, it tags along a plain interface that fails to impress us.

Its camera quality isn’t up to the mark.

The device lags and takes a tad bit longer than it should, to respond.

To round it all up, the Zync Z1000 can be considered if you want a big screen size and of course, some essential features, at a fairly affordable price. Although if your list of wishes is full of attributes to die for, this device is not the best option for you. Its costs Rs. 10,990 and manages to earn a rating of 7.5 over 10.