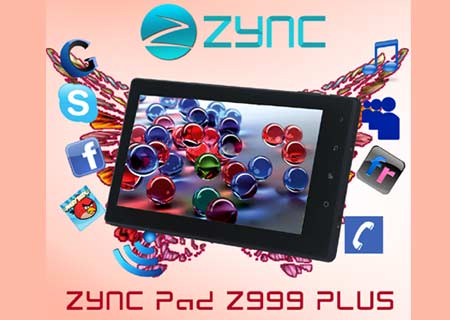 Following in the footsteps of the Z-990 Plus which was recently launched in India proffering better specs than its predecessor, the Zync Z-999 Plus has made its debut in the country bearing new hardware components as well. Catering to the budget-friendly segment, the device in question is touted to be the first ICS tablet in the country to arrive with 3G voice calling capabilities.

Fueling up this piece of hardware is a 1.5GHz single core ARM Cortex A8 processor that’s combined with a Mali 400 GPU proffering 3D graphics and OpenGL 2.0. 512MB of DDR3 RAM takes its place for delivering better multitasking, while a 7-inch 800 x 480 capacitive multi-touch LED display caters to visual needs. 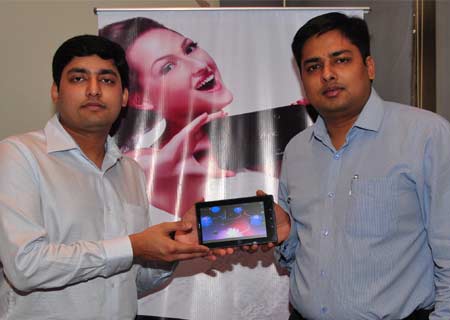 Ashish Garg, Director at Zync, expressed, “We were the first players to launch a low-cost tablet on Android 4.0 a few months ago and are constantly working on innovation by adding more features to match the varied needs and lifestyles of consumers. The response from our customer base for our earlier models Z-909 plus, Z-990 and Z-990 plus has been outstanding and we are catering to the student community and education institutions at large.”

In addition to the aforementioned features, the tablet incorporates a front-facing 0.3MP camera for video calling and a 2MP AF snapper on the rear for clicking stills. On the memory front, 8GB of storage comes preloaded, while users can further expand the total hoarding capacity up to 32GB. Other attributes include Wi-Fi and Bluetooth with A2DP connectivity as well as a 4200mAh Li-ion battery. 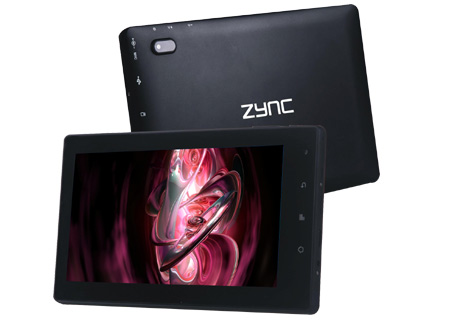 The Zync Z-999 Plus price in India amounts to Rs. 11,990. The tablet is available for purchase across 22 states and e-commerce websites such as Flipkart, Homeshop18, Naaptol, Snapdeal, Indiatimes and Infibeam. The slate is expected to hit retail shelves in a week or two.