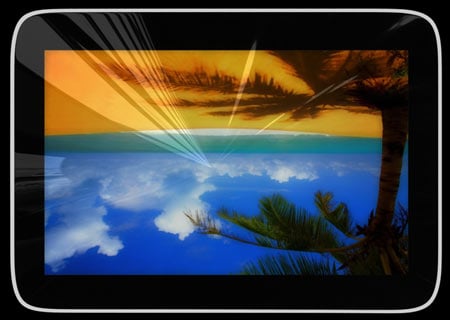 Zync announced the release of the Quad 10.1 in India, the tablet caters to the booming affordable segment by being made available for the price of Rs. 14,990. Accompanying the alluring retail amount is a host of appealing hardware components that are found in top-tier slates.

The Zync Quad 10.1 device’s display is the main point of attraction here. As the name suggests, it measures 10.1 inches wide and features a capacitive panel with a 10-point multi-touch input. Visuals are delivered at a resolution of 1920 × 1200 pixels, which is at par with recent standards, but much lower than the 2048 x 1536p screen employed by its 9.7-inch sibling. For snapping up stills and recording videos, a 5MP AF camera has been placed on the rear, while the front houses a 2MP webcam. 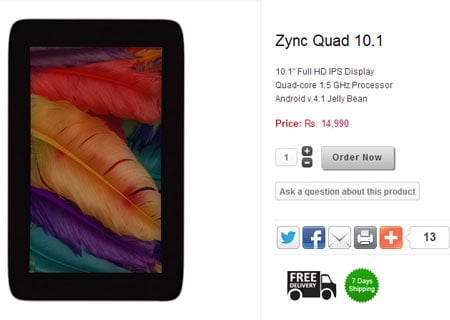 Android 4.1 Jelly Bean is what buyers can expect along with pre-loaded Google goodies such as the Play Store, Maps, Navigation, YouTube and GTalk as well as other applications like Adobe Flash, Facebook, Twitter, LinkedIn, Skye, MSN Messenger and Office Suite. Another highlighted aspect of the tablet is its quad core processor. Currently, the make hasn’t been confirmed, but we assume that it would be based on the Cortex A7 running at 1.5GHz, or the A9 architecture wouldn’t hurt at all.

And there’s the Mali 400 MP4 GPU in tow as well with an octa core configuration. To sweeten the deal, the company is deploying it with 2GB of DDR3 RAM which means better application performance and responsiveness. Users will have 16GB of internal storage and a microSD card slot at their disposal for higher storage needs. By the looks of things, the Nexus 7 and iPad mini is witnessing some tough competition with many highly capable and affordable alternatives being introduced into the country. 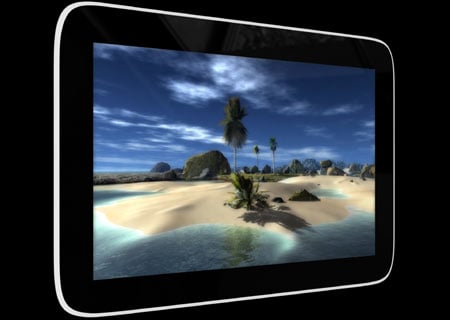 The Zync Quad 10.1 is on sale in India through the company’s website at the said price. There are no details as to when it will be available via local retailers as yet.