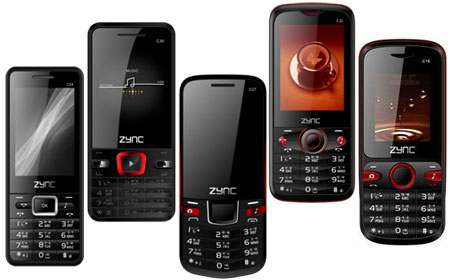 Zync has announced the launch of 6 new dual SIM phones in India, detailing the price and specifications for each of them. They are the Zync C18, C21, C22, C24, C27 and C30, and all are available in black and red.

The first of the above is the low-end model in the lineup, with the last falling on the higher side. For the sake of convenience let us split them up into three groups – the C18 is all alone, as is the C30 at opposite ends of the spectrum, while the rest fall in the middle and can be grouped together when talking about specifications.

The C18 from Zync features a 1.8-inch screen with a resolution of 128 x 160 pixels. Memory can be expanded up to 4GB via a microSD card, but the company hasn’t mentioned how much internal storage there is to begin with. A 1200mAh battery has been provided although it lacks GPRS and EDGE connectivity as well as a USB port. 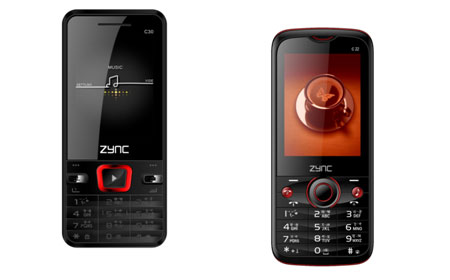 Each phone making up the ‘middle group’ (again, which comprises of the C21, C22, C24 and C27) comes with a 2.4-inch display with a screen resolution of 240 x 320 pixels. The devices have a slot for a microSD card through which internal memory can be expanded up to 4GB. They come with an 1800mAh battery and all support GPRS, EDGE and USB connectivity, except the C21 which lacks the GPRS feature.

The C30 from the company has a slightly larger QVGA 2.6-inch screen offering images and video at a resolution of 240 x 320 pixels. Internal memory capacity can be expanded up to 8GB, while a more powerful 2000mAh battery powers the device. Connectivity options include GPRS, EDGE and a USB port. 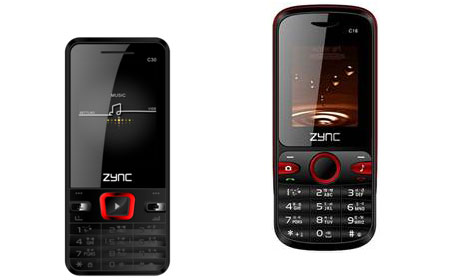 Some features which can be found on all the models in the series include a 1.3MP camera capable of video recording. In addition, all can accept 2 SIM cards which function in dual standby mode. Bluetooth connectivity is also common across all the phones in the lineup, as is an in-built speaker.

The phones can be purchased at retail and from several e-commerce platforms including the likes of Flipkart, Snapdeal, Infibeam, and HomeShop18. The Zync C18 sells for Rs. 1399 and the Zync C30 for Rs. 2499, while those belonging to the middle group sell for Rs. 1990 each.