ZTE’s Nubia Z5S can do 4K recording, there’s a Z5S mini too

ZTE has unveiled a new flagship and it’s not the 2K display-touting Z7 which we’ve been waiting from months, but an upgraded version of its Nubia Z5 smartphone. Additionally, the company has also unveiled a smaller variant of the Z5S which tags along the mini branding.

The devices were officially shown off at a conference in Beijing, notes MyDrivers. The Nubia Z5S is a worthy upgrade to its predecessor. Appearance-wise, the handset looks very similar to the previous release, but the main modifications have been made internally. The handset is 7.6mm thick and it weighs 126 grams. It features a 5-inch 1080p screen from Sharp, a quad core 2.3GHz Snapdragon 800 processor, 2GB of RAM and 16GB of storage. 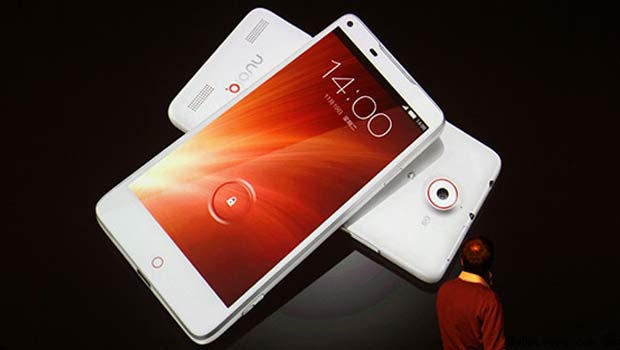 The report also discloses that the handset runs on Android 4.2 and is powered by a 2300mAh battery. Like various new devices, the Z5S also tags along an infrared blaster with remote control functionality. The front sports a 5MP webcam, while the rear has a 13MP camera that can record videos in 4K ultra HD. Lastly, there’s Dolby + dts decoding with lossless audio playback.

The Z5S mini on the other hand, has a 4.7-inch HD screen and Snapdragon 600. It shares the same 2GB of RAM, 13MP primary camera and Android 4.2 as its larger sibling. There’s no word on when the two smartphones will made their debut internationally. However, looking at the previous flagship’s launch schedule, it may be a long wait for the Nubia Z5S and Z5S mini to make it outside China.

Where prices are concerned, the Limited Edition Nubia Z5S is tagged at 1,999 yuan, while the 32GB model with LTE will retail for 3,456 yuan. The Z5S mini Limited Edition is listed at 1499 yuan and the 32GB LTE option will sell for 2,345 yuan. Both devices will be available starting November 26.