ZTE arrived at the CES 2014 with not one, but two large smartphones, the highly anticipated Grand S II and the oddly named Iconic Phablet. The Chinese OEM has decided to bring the latter handset stateside and it has teamed up with Boost Mobile that’s offering the device under the Max branding.

As you’ve probably guessed, the Iconic Phablet or Boost Max is an affordable handset. ZTE has designed it with decent specifications that put it in the mid-range segment. The display size is 5.7 inches wide and the resolution is 720p HD. A protective coating of Corning Gorilla Glass is also applied to resist scratches and scuffs. What’s interesting is that the handset was announced with Android 4.3 during the CES 2014, but Boost Mobile’s product page lists the device with version 4.1 Jelly Bean. 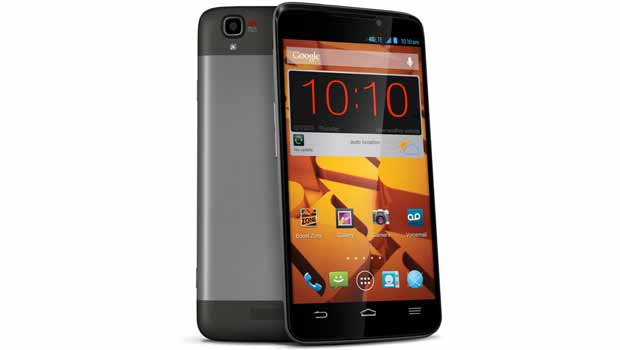 Nevertheless, the Boost Max still comes with the software enhancements that were announced for the Iconic Phablet. They include the Dolby Digital Plus audio technology and SmartView multi window where two applications can run simultaneously in split-screen view. The smartphone is 4G LTE compatible and also supports 3G. Powering it up is a dual core 1.2GHz Snapdragon processor, while memory is in the hands of 1GB RAM and 8GB ROM.

Key specifications of the phablet:

The Boost Max is already available for purchase at $299.99. Buyers can opt for the $55 Monthly Unlimited plan and Shrinking Payments.