ZTE is working on a new Nubia phablet with interesting specs

ZTE’s Nubia Z7 range is pretty impressive and it looks like there will be a new member joining the lineup soon. A phablet which goes by the model number S2004 showed up at China’s TENNA website and while there’s no mention of which series it belongs to, it’s got Nubia written all over.

You see, ZTE uses a specific design language for its flagship series like a circular home button on the front and a similar design for the camera on the rear, both of which are present on the upcoming handset. The smartphone is quite a beasty one featuring high-end specifications. 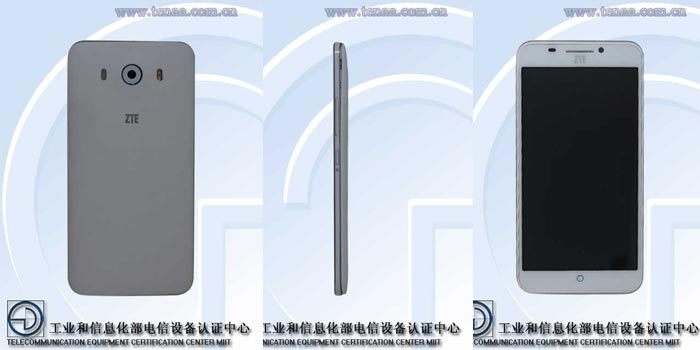 Firstly, it carries a 5.5-inch display and the resolution here is 1920 x 1080 pixels. The device also has a camera on the front, but there’s no information on this sensor as yet. The rear snapper on the other hand, is an 8MP one accompanied by a dual tone LED flash on the right and what appears to the some sort of sensor on the left.

There’s no info on what this component exactly is, but it could be to enhance the imaging experience like LG’s laser AF system. GizChina, however, notes that it’s likely to be a secondary LED flash, but it doesn’t appear to be so. We’re also open to the possibility of it being a health related sensor.

Seeing as the ZTE S2004 has been certified for sale in China, it could go official in the coming days.