ZTE is working on its first rugged phone, the G601U, images and specs leaked

The rugged smartphone market is quite small. We’ve seen a decent number of highly durable devices from Casio, Samsung, Motorola, Kyocera and Sony amongst others go on sale, but only few have earned popularity in the market. ZTE is taking its first steps towards this segment with the G601U handset that’s designed to take on extreme conditions.

The smartphone was recently given certification by the telecommunication authority in China. So far, there’s no information on the handset’s capabilities where its ruggedness is concerned. Based on the images provided by the TENNA website, the device looks to be rocking a rubberized design. If so, the phone will be able to tackle falls and scratches as well as provide a strong grip. 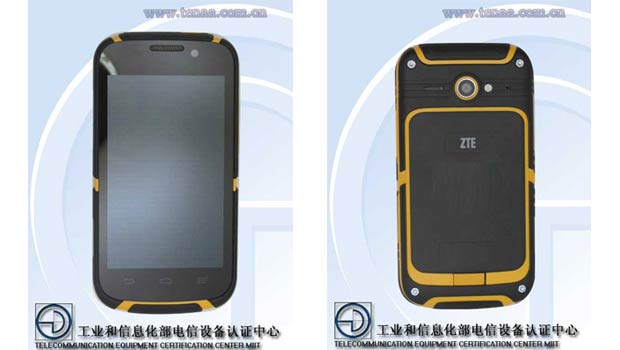 Another noteworthy mention is that the ports on the G601U have been covered by flaps like in the Xperia Z1. This indicates that the phone will also be water-resistant. While the appearance might not be very appealing, the rugged design should be of much use for those operating in harsh environments. Also, handsets like this one tend to come with unattractive specs.

Here’s a quick look at the known specifications:

ZTE is likely to launch the G601U in China soon. What we’re unsure of is whether the smartphone will make a global debut or stay within its home boundaries.

Facebook
Twitter
Pinterest
Linkedin
ReddIt
Tumblr
Flip
Previous articleNokia sends out invites for MWC 2014, will it launch the Normandy?
Next articleNokia X could be the name of company’s first Android phone, may be unveiled next month