ZTE has released a new flagship-class smartphone, the Start 2, which is the very same device we seen get certified in China a few days back. The new launch is a 4G LTE offering and it delivers system-wide voice controls which is a pretty nifty feature.

And we’re talking about touchless voice commands like what you’d get on the Motorola Moto X. The ZTE Star 2 will allow users you unlock the device by using a unique voice tone, open third-party applications, capture images, control music playback and a lot more. The company notes that system-level recognition solution works even when the phone is offline. 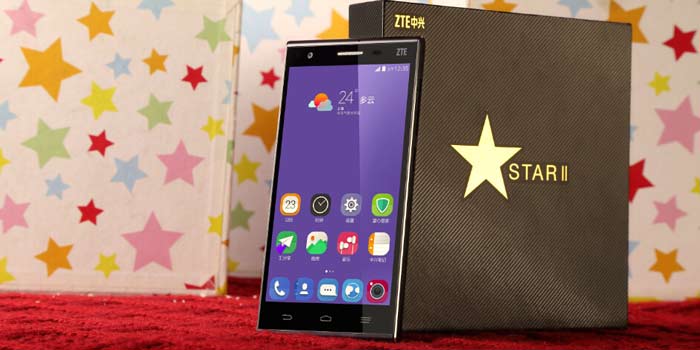 It has a response rate of 1.2 seconds with a 90% success rate even when you use it in noisy conditions. There are some other nifty attributes as well, including motion sensing features where you can place the phone by your ear and speak the name of the a contact to place a call. The ZTE device comes with the MiFavor 3.0 custom skin that’s highly customizable and it offers slim bezels and a 6.9mm thick design.

The exterior is made from aluminum alloy and on the hardware front, the handset offers a 5-inch 1080p display with Corning Gorilla Glass 3. It’s powered by a 2.3GHz quad core Snapdragon 801 SOC with Android 4.4 KitKat running the show. There’s a 5MP camera on the front and a 13MP Sony snapper on the rear.

The ZTE Star 2 is available for purchase in China for a price of 2499 Yuan which is equivalent to around US$400 after conversion. The handset will be showcased at the CES 2015 which means that it’s likely to get a global release.