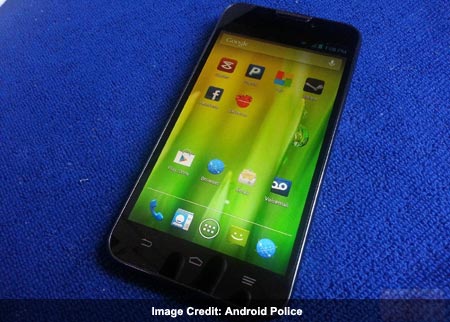 The ZTE Quantum is apparently being tested by Sprint and it carries the model number N8910. The talk is that the device will find a place on the carrier’s 4G LTE lineup. A few specs of the phone are squarely mid-range, while others fall towards the higher end of the spectrum.

If Quantum seems more like a codename, that because it could well be. It is more likely a moniker of a handset still in testing, but N8910 seems like it will stick. The fact that higher specs are not present could mean that the device will stay some distance away from current flagship models. It could be a mid-range device that aims at putting LTE connectivity in the hands of a broader audience. 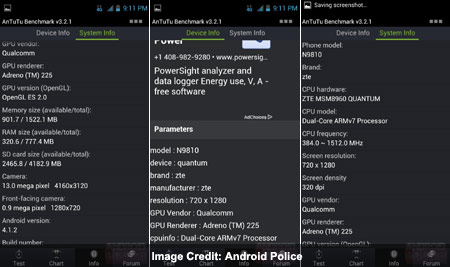 So let’s get right to the leaked features then. The handset is supposed to have a 5-inch display with 320dpi and a screen resolution of 720 x 1280 pixels. From what can be understood, the CPU will have a dual core Cortex ARM7 processor which is run at a maximum clock speed of 1.5GHz. There should also be an Adreno 225 GPU to bolster processing power.

It appears as though there will be a modest helping of RAM (1GB) as well as internal storage. A proud feature is the 13MP primary photographic lens, but the front-facing webcam can only manage a 0.9MP resolution. Wi-Fi and NFC capabilities add to the connectivity options, and Android 4.1.2 takes center stage as the OS. 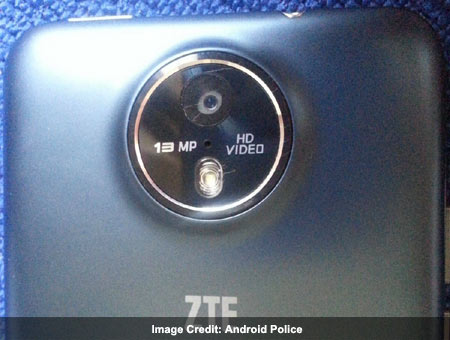 The folks at Android Police have received all this information from an anonymous tipster, and they speculate that this could be a global handset, pointing out that it has a SIM slot. This is in contrast to other devices on Sprint’s 4G LTE network which come with ’embedded SIMs.’ Additional information also comes by way of a few screens from an AnTuTu benchmark.

As it stands, all the talk of the ZTE Quantum N8910 can’t be confirmed and must be taken with a pinch of salt. It isn’t official until Sprint says it is. So we’ll just have to lean back and wait for something concrete to be announced.

Here are the specifications of the device in question that have been revealed by a tipster.