ZTE Open lands in India via eBay, do we need Firefox OS?

The Firefox OS is growing, slowly though, and we’ve seen it expand to new locations over the year as more OEMs jump onboard. It has now breached the Indian market through the ZTE Open which is the first smartphone to come with the platform and be commercially available for the public. But, with a price tag of just below Rs 7,000, things may not work out as planned for neither ZTE nor Mozilla.

The ZTE Open is an entry-level device and no doubt it has a very alluring price tag, there’s just way too much competition in this category from local manufacturers. You’ll find phones in the same range offering the latest from Android and also decent specifications. 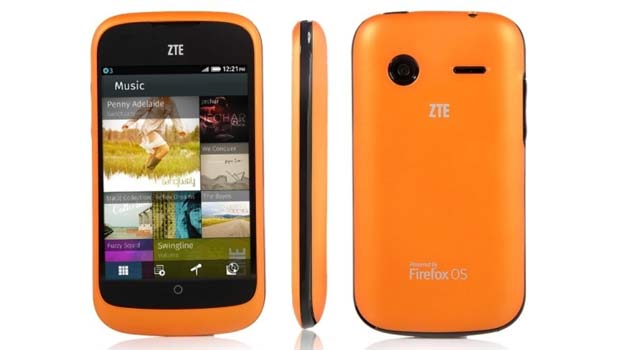 And as you probably know, Google’s mobile platform is in no shortage of applications and games, while Firefox OS is still young and has a limited offering of content on the Marketplace. Nevertheless, the ZTE Open could have a shot at success depending on how the company markets the phone. The device measures 12.5mm thick and it sports a 3.5-inch HVGA touchscreen on the front.

The platform gains steam from a single core Qualcomm MSM7225A processor which is based on the Cortex A5 design with 1GHz clock speed. Where memory is concerned, there’s 512MB of flash storage, 256MB of RAM and a microSD card slot that supports up to 32GB. Apart from these, the phone comes with a 2MP camera, a 1200mAh battery and connectivity modules such as HSPA, Bluetooth 2.1, Wi-Fi 802.11 b/g/n and AGPS.

The ZTE Open is currently being offered through eBay India in orange only.