ZTE Open Firefox smartphone out in US, UK through eBay

The ZTE Open has made its debut stateside and in the UK exclusively through eBay. The smartphone is the first from the company to run on the Firefox OS and many more devices in this series have been planned for launch in the future. ZTE has already started selling the phone across Europe (Spain, Venezuela and Colombia through Telefonica) and it’s now available via Orange for £59.99, making it amongst the cheapest smartphones available.

The ZTE Open will be available in the US and the UK unsubsidized as well as unlocked. The smartphone isn’t much when specifications are taken into consideration, but the company touts it to deliver an intuitive experience through an OS entirely based on open web standards. The platform comes with built-in social integration for accessing Facebook and Twitter. You’ll also have, location-based services including transit and traffic information, made available through Nokia Here maps. Then there’s the Firefox Web browser and Marketplace which currently hoards apps such as eBay, The Weather Channel, TMZ, AOL, Wikipedia, CNNMoney, Huffington Post, SoundCloud and many more. 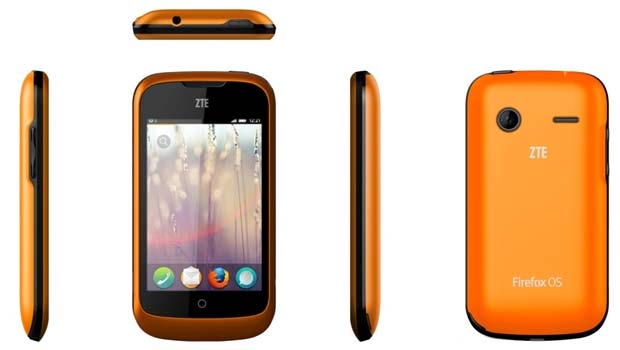 The ZTE Open supports 2G as well as 3G networks and it features Wi-Fi 802.11 b/g/n too. Powering it up is a single core Cortex A5 Qualcomm MSM7225A Snapdragon processor clocked at 1GHz, while visuals are delivered through a 3.5-inch HVGA touchscreen. There’s a 3.15MP camera on the rear and a Li-ion 1200mAh battery on the inside. Memory needs are catered to by 512MB ROM, a microSDHC card slot and 512MB of RAM.

The budget-oriented ZTE Open can be purchased through eBay in the US and UK. The smartphone’s price is pegged at $152.50 and £75.00, respectively. So far, only one color variant (black) is being offered and deliveries are scheduled to start from August 20.