T-Mobile is reportedly testing a new phablet from ZTE, the Olympia Z970, on its network and the device is expected to go official in the coming weeks. An image and specs of the handsets have been leaked and they suggest that the device could land up as an affordable mid-range option on the magenta carrier.

As you can see, the image embedded below of the ZTE Olympia Z970 (courtesy of @evleaks) is a fairly recent one. The handset’s design isn’t quite clear in the picture, but it looks to have a rectangular form factor with very subtle curves at the edges and the overall construction appears to be of metal with a brushed finish. 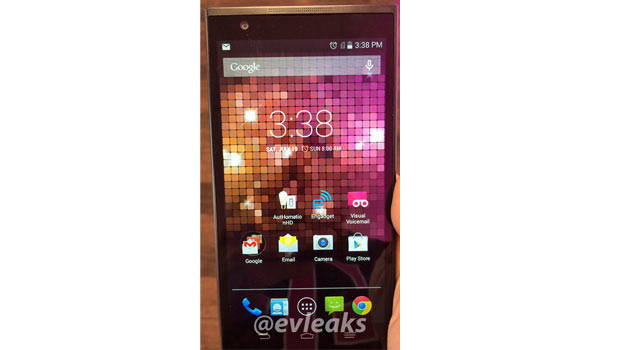 However, that isn’t the case. TMO News has learnt that the phablet will have a unibody plastic design with the front featuring a glass panel. There’s no word on the resolution of the 6-inch display, but considering that we’re talking about a mid-range phone, 720p HD is a more likely choice.

The handset is powered by the Snapdragon 400 series which is also found on other phablets like Sony’s T2 Ultra and HTC’s Desire 816. Apart from this, Android 4.4.2 runs the show and is accompanied by pre-loaded T-Mobile apps. There’s no word about memory, but you can expect at least 1GB of RAM and 8GB of internal storage. A microSD card slot is also onboard and should support up to 32GB or 64GB

The ZTE Olympia Z970 has apparently been in testing from the past couple of months, so its release date on T-Mobile shouldn’t be far off.