ZTE’s new flagship phone, the Nubia Z7, has been officially unveiled in China and the company has also launched Max and mini variants of the device. The trio comes with top-of-the-line hardware and is also attractively priced, not to mention that they look pretty alluring.

The ZTE Nubia Z7 and its mini version were leaked last week when they popped up at China’s TENNA. The flagship phone has been designed to take on the growing 2K category comprising of the LG G3 and Oppo Find 7 amongst others, by fitting it with a 2560 x 1440p QHD display. The panel spans 5.5 inches wide and it’s accompanied by a 5MP camera.

On the rear, there’s a 13MP snapper with 2nd gen OIS and dual LED flash. Being the top-end model, the handset is powered by a 2.5GHz Snapdragon 805 chip and runs Android 4.4 KitKat. It also comes with TDD-LTE and FDD-LTE support as well as packs dual SIM card slots. Other features include 3GB of RAM, 32GB of storage, an AK4961 Hi-Fi audio chip and a 3000mAh battery.

If you’re under the impression that the Nubia Z7 Max is a beefier device, the name has surely deceived you. The handset is no different from the flagship phone where size and appearance is concerned, but it’s a slightly toned down version. The main difference here is that the 5.5-inch display offers 1080p visuals, there’s 64GB of expandable memory and the RAM is at 2GB. 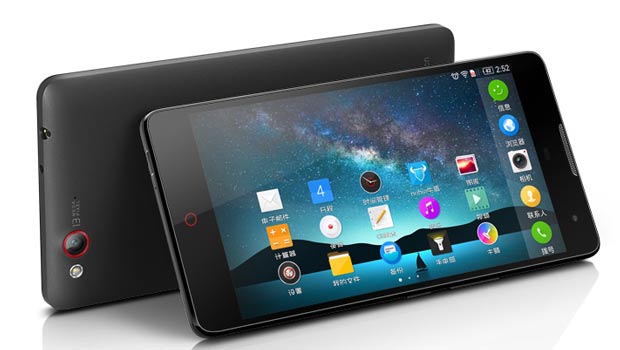 The battery capacity however, has been increased to 3100mAh. Last on the list is the Z5 mini that’s basically an even toned down device. It sports a 5-inch FHD display, half the memory, 2GB of RAM, a 2GHz quad core SOC and a 2300mAh battery. 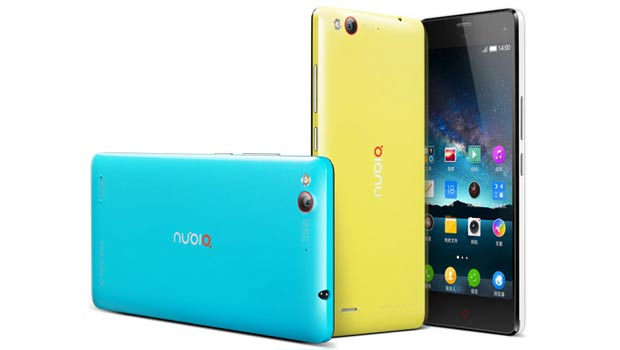