ZTE has a small footprint in India due to its limited offerings of entry-level smartphones, but that’s about to change as the company plans to bring its high-end Nubia Z7 Max to the country. The Chinese OEM has confirmed that the device is coming soon, but hasn’t provided any specific release time-frame or price.

This information comes directly from the ZTE Corporation Facebook account in response to a user’s request for confirmation on the Nubia Z7 Max’s rumored launch in India. Now as you probably know, there are three models in the flagship series called the Z7, the Z7 mini and the device in question. 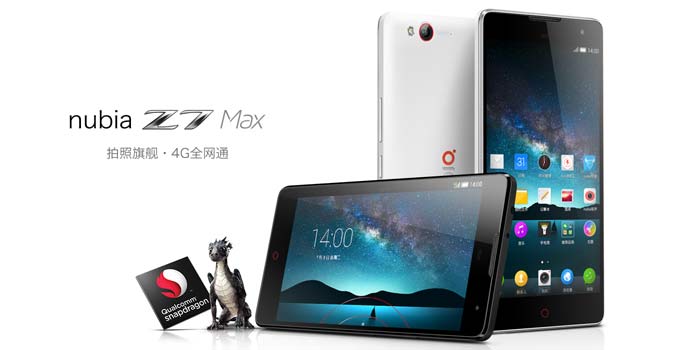 The post on Facebook specifically talks about the Max version which means that the other two options might not be planned for launch in India as yet. The Nubia Z7 Max smartphone in question is similar to the original where size is concerned, but it offers downgraded specs.

The ZTE Nubia Z7 Max is available in China at just US$322. This means that it could reach India in the next couple of months priced between Rs 22000 and Rs 25000.