It’s not every day that you get to see a ZTE phone landing stateside, but the Nubia 5S mini has made the journey and is now available for pre-order at just $279.99 unlocked. The smartphone offers a good deal of features for the said price and it’s also designed to deliver a DSLR-like photography experience.

The ZTE Nubia 5S mini is also known as the Z5S mini in Asia and as the name suggests, it’s the small version of the 5-inch Z5S handset. The smartphone isn’t much smaller than its larger sibling though, as it features a 4.7-inch display. The panel used here is a Sharp IGZO one offering 1280 x 710 pixel resolution. 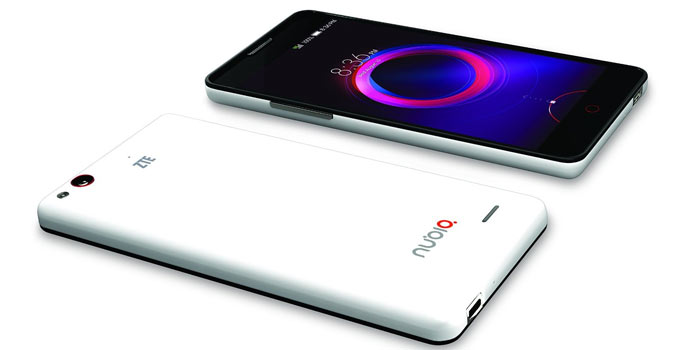 The original handset was launched with a quad core Snapdragon 600 processor, but this version features a slower Snapdragon 400 chipset instead, clocked at 1.2GHz. The smartphone also delivers 2GB of RAM and 16GB of storage which can be expanded with an additional 32GB via the micro SD card slot.

Also read: HTC One M8 for Windows is a Verizon-exclusive, but not for long

At 7.6mm thick, the handset is quite an alluring one. It features a 5MP camera on the front and a 13MP lens on the rear. Complementing the snappers are DSLR-like tools which provide manual controls for obtaining professional quality photos.

The ZTE Nubia 5S mini is exclusive to Amazon in the US and it can be pre-ordered through this link. The handset will be released on August 27 and it comes in white only.