The ZTE N919D smartphone has made its way into India and it’s being sold exclusively through eBay for an affordable price of Rs 6999. The phone is an entry-level release, so it doesn’t have much to offer in the specs department, but there are a few perks being bundled with it.

First and foremost, the ZTE N919D is a CDMA smartphone. The company has tied up with local operator RCom where both new and existing customers who purchase the phone will be treated to unlimited data access over a period of 3 months. What’s more, there’s dual SIM support here which means that you’ll be able to throw in a GSM card as well, albeit you won’t get 3G connectivity. 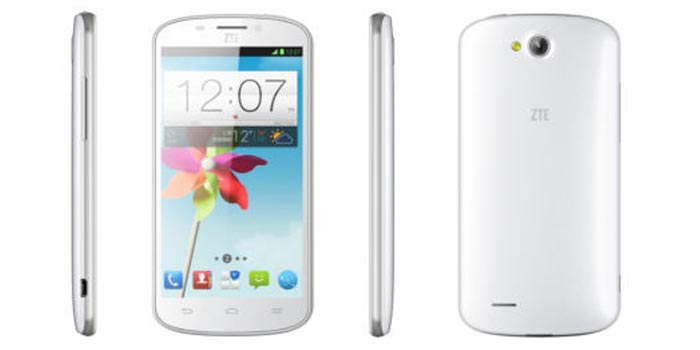 The ZTE phone falls in the 5-inch category with a FWVGA display and a VGA camera on the front, while the rear has an 8MP shooter. Android 4.1 Jelly Bean powers up the device which is a huge disappointment, but you do get a 1.2GHz quad core processor.

The N919D handset isn’t new to India as it has already been made available, but under a different name – The MTS Blaze 5. Interestingly enough, the new version being offered packs the same features and hardware, yet it’s selling for Rs 1000 more compared to the earlier variant which is currently listed as out of stock.

If you do decide to purchase the ZTE N919D, you can find it over here.