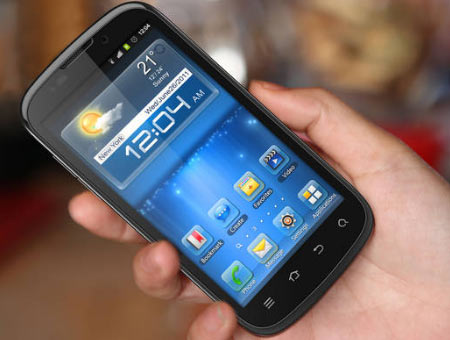 A heady cocktail of Tegra 2 and Android 4.0 offering all the potential for cheesy puns, the ZTE Mimosa X has been stirred in with the Icera modem. It’s supposed to be the first time that Nvidia is backing all the main processors on a single smartphone.

The aforementioned 450 HSPA+ modem featuring RF and baseband processors, comes courtesy of Nvidia’s acquisition of Icera in 2011. And most enthusiasts will already be familiar with the fact that Tegra 2 delivers a dual core CPU and GeForce GPU. Users can look forward to TegraZone access that helps with hunting down Android Market apps optimized for the chip.

“The ZTE Mimosa X is exciting for a few reasons,” remarked Michael Rayfield, General Manager of the Mobile business at Nvidia. “The Mimosa X marks the first time Nvidia technology powers all the major processors in a single smartphone, and also the first time a premium mobile computing experience is coming to the mainstream smartphone market.”

Running through the key specifications, the Ice Cream Sandwich handset is affixed with a 960 x 540p, 4.3-inch qHD touchscreen, 5MP camera and 4GB memory that is expandable to a maximum of 32GB. It embeds a gyroscope, dual microphones and HD recording capabilities. Other attributes cover DLNA compatibility, Dolby sound and A2DP support.

The ZTE Mimosa X price hasn’t received a mention as yet. But the company will be launching it in the second quarter of this year. Just like the two ZTE phones we reported earlier, this device seems to be aimed at the mainstream market too.