ZTE isn’t a huge player in the US market, but it’s pushing even harder with affordable smartphones like the Grand XMax which is the latest launch. The handset will be exclusive to Cricket Wireless where it will be offered with a pre-paid connection sans a contract and for just $199.99.

The ZTE Grand XMax is essentially a cheaper version of the ZMax which was launched last month for T-Mobile and MetroPCS. The new phablet has a larger display of 6 inches and it proffers 1280 x 720 pixel resolution. It also runs on Android 4.4 KitKat, but it features a custom UI unlike a few other phones from the OEM which come with the stock interface. 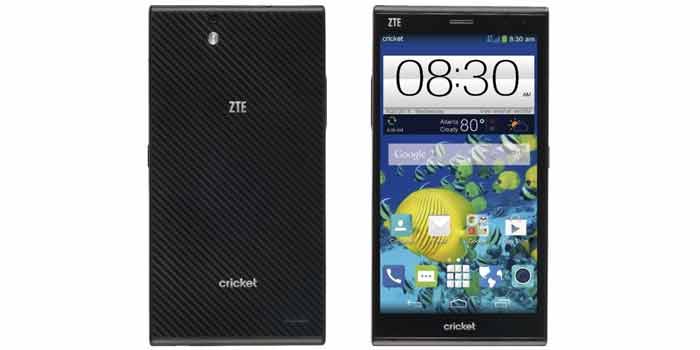 To power up the phone, ZTE has equipped it with a Snapdragon 200 chipset which comes with a 1.2GHz quad core processor. This means that there is no 4G LTE support onboard. Accompanying the SoC is 1GB worth of RAM and 8GB of internal storage with 32GB expandability via the microSD card slot.

For a 6-inch phablet, a weight of 171 grams is acceptable and the company has managed to squeeze a large 3200mAh battery into a 7.8mm thick form factor. On the downside, the cell is said to deliver not more than 6.5 hours of 3G talk time or up to 860 hours of standby.

The Grand XMax will go on sale at Cricket Wireless on October 10 through the carrier’s online and retail stores. ZTE is yet to bring its latest flagship phones to the US and by the looks of things, it could be focusing more on the affordable market through unlocked and pre-paid smartphones.