ZTE Grand X IN has Intel on the inside, Android on the outside 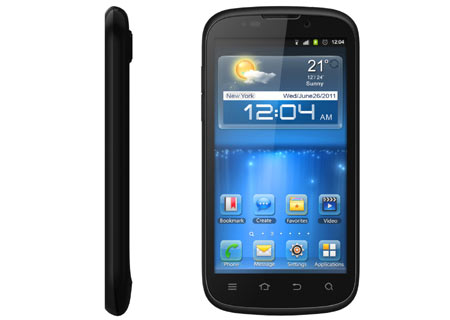 The Grand X series has been updated yet again with a new addition dubbed the ZTE Grand X IN, where the IN might indicate the existence of an Intel processor on the inside. And unlike the Xolo X900 and Orange Santa Clara Medfield-based phones, this one comes with an embedded microSD card slot supporting 32GB of external storage.

The front of the handset is dominated by a 4.3-inch qHD 960 x 540p TFT capacitive display with the Ice Cream Sandwich platform running the show. On the inside, an Intel Atom Z2460 SOC takes charge clubbed with 1GB of RAM and the XMM 6260 platform supporting HSPA+ networks with data speeds of 21Mbps. Image and video capture are enabled through the rear-facing 8MP AF camera, while face-to-face chatting can be carried out via the 0.3MP front snapper.

“The Grand X IN is ZTE’s first flagship smartphone in Europe to feature Intel Inside, and we look forward to building our partnership with Intel,” comments Ao Wen, Vice President of Europe Operations for ZTE Handsets. “The handsets in the ZTE Grand portfolio are quality devices focused on providing a great level of service and, with the inclusion of Intel’s technology in the Grand X IN, we have provided a handset with enhanced capabilities, reliability and performance. 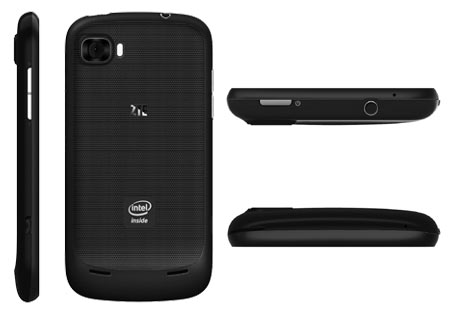 Apart from Dolby Sound for rich music playback, the handset packs in connectivity features including GPS, Wi-Fi 802.11 b/g/n, Bluetooth 2.1 + A2DP, DLNA and NFC. In terms of dimensions, it measures 127mm x 65mm x 9.9mm and weighs just about 140 grams. A 1650mAh Li-Ion battery takes on the job of powering up all aforementioned components.

Along with the ZTE Grand X IN price and release date details, the company is yet to announce where the handset is likely to be headed.