We recently seen ZTE launch a brand new lineup under the Blade Q series and now, the company has another handset to offer, the Grand S Flex. By the looks of things, the smartphone is a toned-down version of the original which was announced back at the CES 2013. The manufacturer has already made it available in certain locations across Europe with many more to follow.

Like the original Grand S, the Flex also sports a 5-inch IPS display. However, the resolution has been lowered down to 720p HD instead of full HD. Also, the former was launched with a 9.8mm thick form factor, while the latter is a tad bulkier at 8.9mm. The Flex tips the scales at 130 grams. 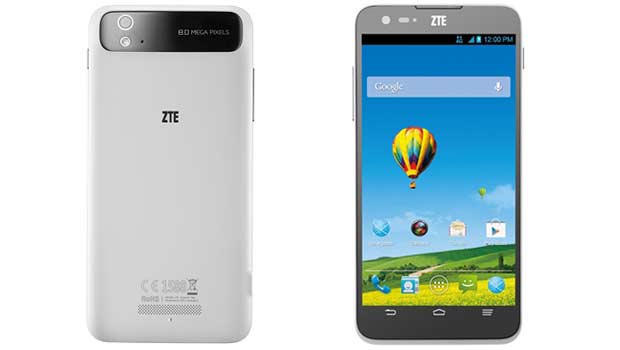 The smartphone comes with Android 4.1 Jelly Bean which is a bit of a disappointment and it supports 4G LTE. Powering it up is a dual core 1.2GHz Qualcomm MSM 8930 processor. The company has fitted 1GB of RAM and 16GB of flash storage, but has made no provisions for a microSD card slot. There are dual cameras onboard, an 8MP rear snapper as well as a 1MP front webcam.

Other features of the Grand S Flex comprise of HD voice support, noise reduction through dual microphones and Dolby audio. You’ll also get a 2300mAh Li-ion battery and various connectivity options such as Wi-Fi 802.11 b/g/n, GPS, DLNA and Bluetooth 4.0.

So far, the ZTE Grand S Flex can be purchased in Spain, Czech Republic and Slovakia, while interested buyers in Germany, Finland and Poland will be able to pick up the device soon. No price has been mentioned as yet.