The ZTE Grand Memo II LTE smartphone currently being exhibited at the MWC 2014, is the successor to the Grand Memo and has been crammed into a very thin form factor measuring 7.2mm in thickness. You can expect it to hit store shelves across the globe sometime in the second quarter of 2014.

About 80 percent of the front surface of the smartphone is dominated by its 6-inch IPS touchscreen, while the rear side boasts of a textured panel. The display has a 178-degree viewing angle and has been reinforced with the Corning Gorilla Glass 3 film for resisting scratches. It is based on the Android KitKat 4.4 platform which teams up with the MiFavor 2.3 UI to offer an intuitive and user-friendly interface. 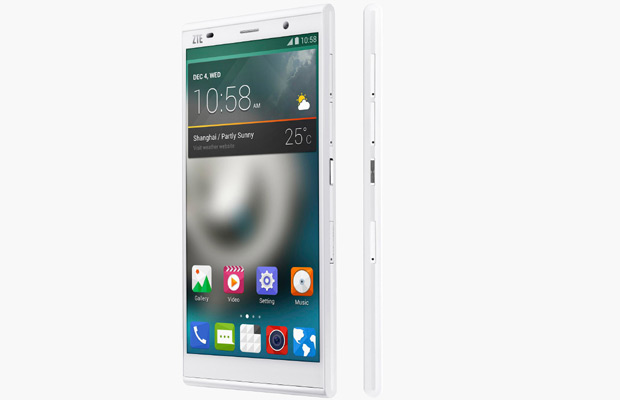 Loaded with Smart PA and 3D Stereo Sound for better audio reproduction, the ZTE Grand Memo II LTE lets you stay entertained for a long time, thanks to its battery-saving solution. Its 3200mAh power pack coughs up the juice for HD video playback of 16 hours at a stretch. A quad core Qualcomm Snapdragon 400 SoC fuels the gadget and you can expect a 13MP rear camera as well as a 5MP webcam.

The price of the ZTE Grand Memo II LTE has not been mentioned, but the company has revealed that it will be made available in China in April. The device will then be launched in Europe, North America and Asia Pacific regions.

Here’s a list of the key specs of the ZTE Grand Memo II LTE: