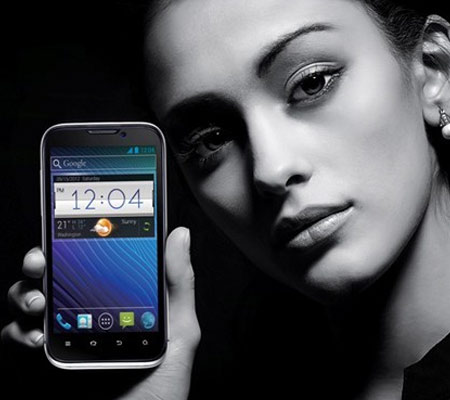 The curtains have been lifted off a certain ZTE Era smartphone, which has brought in the taste of Ice Cream Sandwich at the ongoing MWC. By unveiling this handset along with 7 others, the company is leaving no stone unturned to highlight its ambition of being one of the top three handset providers by 2015.

This flagship device announced by the company, flaunts a 4.3-inch QHD screen proffering 960 x 540p resolutions. Its sleek 7.8mm form factor houses an Nvidia Tegra 3 quad core mobile processor and Icera 450 HSPA+ modem. The onboard 8GB memory can be utilized to save content and for hoarding more data, an additional microSD card can be employed.

“The numbers speak for themselves. With 50 percent growth in handset shipments and 400 percent growth in smartphone shipments, we are confident that we are entering a new era in the mobile terminal market. The ZTE Era captures the excitement we feel about the future and brings it to life in a fantastic new device,” comments He Shiyou, Executive Vice President and Head of the Terminals Division at ZTE.

Complete with HD voice as well as Dolby sound technology, audiophiles can blare out their favorite tracks while on the go. The Tegra 3 4-Plus-1 quad core architecture along with a fifth battery saver core intends to breathe life into the handset for extended hours on a single charge. These high-end features on the device coupled with the Ice Cream Sandwich OS should proffer a swift as well as an immersive experience.

The ZTE Era release date and price have not yet been divulged by the company. Potential users in Europe and China can expect to see the handset gracing the store shelves in the second half on 2012.