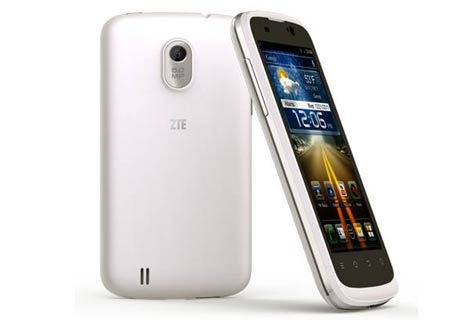 The ZTE Blade III price details are now out and the smartphone will be making its ‘world premiere’ in Europe with a release date scheduled for this month in Finland and October for Sweden. The handset arrives bearing a budget-friendly tag with aims to deliver a rich multimedia experience.

Being the third iteration in the Blade series, the ZTE Blade III employs a 4-inch TFT capacitive touchscreen with a WVGA resolution of 800 x 480 pixels. A Qualcomm MSM7227A processor with clock speeds of 1GHz is tucked away beneath the display along with 512MB of RAM for smooth operations. Catering to memory needs is a 4GB ROM, out of which 2.5GB is user-accessible. The company has also thrown in a microSD card slot for expansion purposes.

“With Blade III we have paid extra attention to our users. We have focused on a larger screen and expanded the storage space significantly. ZTE Blade III is the first ever smartphone in its price range with a 4-inch touch screen and Android 4.0. This enables more users to take part in an extremely sharp multimedia experience, without costing an arm and a leg,” comments Ao Wen, Vice President of Europe Operations for ZTE Handsets.

A 5MP AF camera is fixed to the rear for snapping up images, while features such as Dolby and DLNA certification provide an enhanced entertainment experience. In addition to these attributes, the Android Ice Cream Sandwich platform delivers rich media on platter with access to a wide catalog of content through the Play store. In terms of dimensions, the device measures 123mm x 63.5mm x 10mm and it weighs not more than 130 grams.

The ZTE Blade III price amounts to 1,499 SEK. The smartphone will be available for purchase in Finland starting this month and Sweden from October. Its release date for across Europe and around the globe is expected to take place throughout 2012.