Zopo has come out with yet another affordable handset in India in the form of the Color F2. The smartphone will set buyers back by Rs 10790 and will arrive in stores across the country soon.

The Zopo Color F2 will face fierce competition within the Indian mid-range market sector. The brand is trying to go for a luxury feel with the phone, equipping it with metal frames, 2.5D glass, and a brushed back design. It’s also touting the handset’s multi-function fingerprint scanner.

The Color F2’s fingerprint sensor can perform a number of useful functions like shooting selfies, keeping apps locked, and scrolling through pictures in Gallery. The device has further been blessed with tools like Parallel Space which can clone applications such as WhatsApp or Facebook, allowing users to access two separate accounts simultaneously.

There’s also a feature called Floating Video Integration (PiP video) which lets the native video player float around while the owner is surfing through other apps. As for photography, Zopo’s furnished the device with an 8MP rear camera which has an aperture of f/2.8, LED flash, and autofocus skills. Even the 5MP selfie snapper has an LED flash unit.

Here’s a rapid summary of the Zopo Color F2’s specifications:

Other than the launch of the Color F2, Zopo also announced its entry into the Mumbai handset market. The move is part of its larger expansion plan into India. 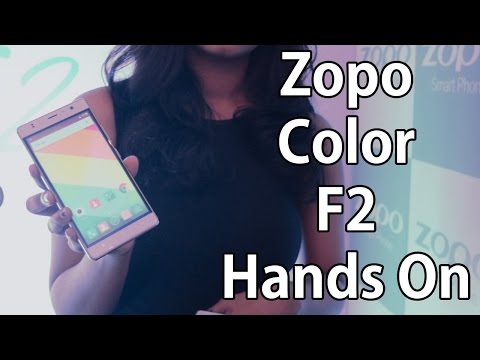