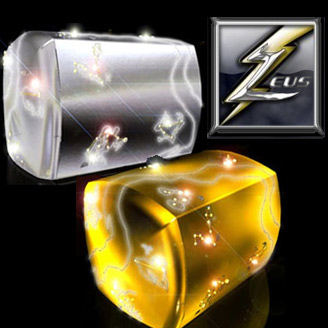 Zeus, a Japanese manufacture of PCs mainly for gamers has now taken the luxurious route to fame with the launch of a range of jewel-encrusted PCs some of which are made of gold and claim to be handmade as well! This has got to be the most expensive desktop till date and will probably require you to rob a bank in order to get one of them!

The latest range of PCs offered by Zeus comprises desktops which carry the names “Jupiter” and “Mars”. They are made of gold and white gold. The Zues Jupiter PC features a solid-platinum case which is encrusted with diamonds, while the Zeus Mars PC has a gold case.
Further, the high-end Zeus Jupiter model features a platinum-plated case sprayed with diamonds that depict astrological constellations.

The specifications for the Zeus Jupiter and Mars Desktop PCs are noted below:

While the specifications of these gem-studded desktop PCs may sound less than impressive, some people may definitely want to get their hands on Zeus’ latest offerings. So for the sake of them, read on to know the astronomical price.