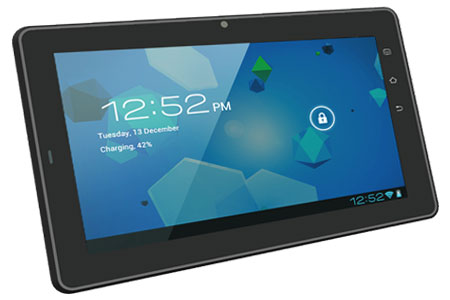 The price of Zen UltraTab A700 3G has been officially revealed as the device was launched in India. Its key features are its 7-inch display and 3G connectivity through a built-in SIM slot and support for a 3G USB dongle. The company is known for its low cost products, namely the Ultraphone U1.

Looking at the device’s specs, the first thing that draws attention is the 7-inch LCD screen. The UltraTab A700 3G comes with 5-point capacitive multi-touch capabilities and beams out visuals at a resolution of 800 x 480 pixels and in an aspect ratio of 16:9. It runs on Android 4.0 Ice Cream Sandwich, and there isn’t any word on whether it will be upgradeable to Google’s latest Jelly Bean. 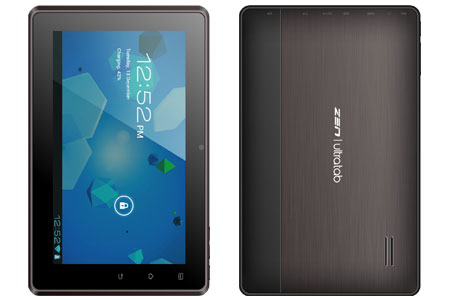 Taking care of users’ entertainment and media needs is a 1.2GHz Cortex A8 processor which works in conjunction with a Mali 400 GPU. Although this CPU isn’t all that high-end, it should be sufficient when watching videos and playing music. As for pure multi-tasking, it might be a little slow on that front.

Those looking for a great camera experience won’t be impressed. There isn’t a snapper on the back panel and users will have to make do with the 1.3MP front-facing webcam which is capable of digital zoom. It supports Bluetooth connectivity and there is also 802.11b/g/n Wi-Fi. 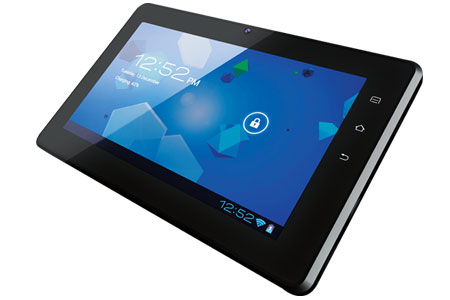 The 3G tablet comes with 4GB of internal memory. However, a little less will be at users’ disposal. This can be expanded up to 32GB via an SD card slot. The ‘phablet’ measures 194mm x 121mm x 11.5mm in dimensions and contains a 3000mAh lithium-ion battery which the company claims can go up to 7 days in standby mode. It is said to provide only 4 hours of talk time on a single charge though.

The Zen UltraTab A700 3G will be made available for of Rs. 9,499 and will be brought out via HomeShop18, as part of the initial phase of its launch. There is no definite release date though, but the official site has a banner that says ‘coming soon.’ 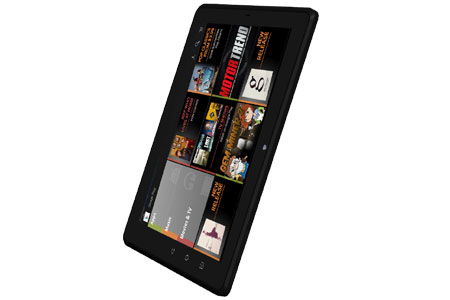