Available for purchase exclusively through eBay right now is the Zen Sonic 1 smartphone which can be yours at just Rs 5999. That price tag will become all the more attractive once you’ll see the kind of specs this device packs inside it.

The Zen Sonic 1 has been fitted with a 5-inch display bearing a resolution of 800 x 480 pixels. It’s of course a dual SIM offering, and it supports 3G networks. One of the major highlights of this smartphone is the fact that it runs the Android 5.0 Lollipop OS, which is quite hard to find in the low-end smartphone category.

The Sonic 1 is fueled by a 1.3GHz quad core processor. Moreover, this CPU is assisted in its operations by 2GB worth of RAM, which is again a departure from what other devices in the same price range offer. Imaging and video shooting is taken care of by a 5MP autofocus camera resting on its rear surface, whereas selfies and video calling are handled by a 2MP front snapper. 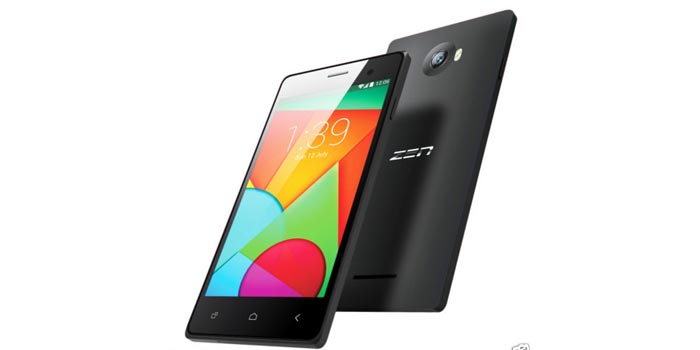 Zen Mobile has blessed its new offering with 16GB of storage space that can be expanded further up to 32GB by means of its microSD card slot. A 2000mAh battery that can be found inside it promises 13 hours of 3G talktime.

A quick look at the main specs of the new Zen Sonic 1:

Like we said, the Zen Sonic 1 can be bought right now through eBay in exchange of Rs 5999. It only seems to have been made available in a black color option.