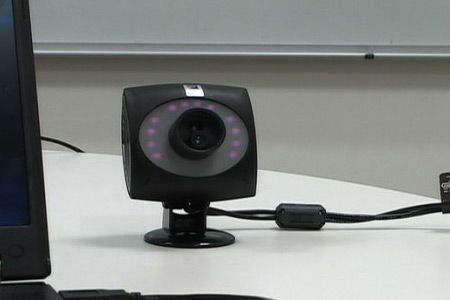 Israel-based technology firm 3DV Systems has announced a low-cost 3D PC camera called the ZCam. This PC camera has the ability to sense depth in real-time and could thus be well applied in many fields as diverse as video games and robotics.

The new 3DV ZCam camera will drastically be able to change human-machine interfaces with its fine gesture recognition capability.

According to Zvika Klier, CEO, 3DV Systems, “ZCam enables gamers in a way never before possible, to interact intuitively and naturally with games.”

Thus, as gamers become the interface, the game design will determine how the inputs work. For instance, motion can be navigated by simply using just a thumb. The entire body can become the controller through 3D movement.

In fact, using the ZCam, players will be represented in the game with his or her own real-time image. The game can be operated either bare-handed or with a designed object. This eliminates the need for a control pad, one that is seen in today’s next-generation video game consoles.

The ZCam camera offers real-time depth imaging at 60 frames per second, which eliminates any perceived latency. The low CPU consumption of the unit also means that gamers don’t have to worry about their systems getting drained out of processing power.

The best part is that the ZCam camera boasts a high resolution. Moreover, it works independent of any light conditions, and can thus work flawlessly in the night or day. It is also very sturdy.

“We invite content developers to join us in creating a new innovative experience, and are very excited by the reaction of the developer community so far,” added Zvika Klier.

3DV hopes that gesture-based controls will open up a new world of innovation in games, creating a true next-generation in interactive entertainment.