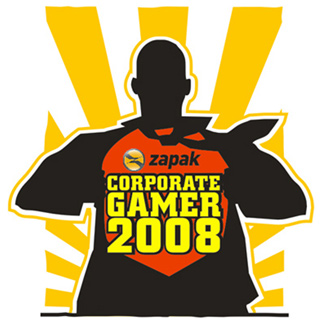 Gaming! Gaming and some more gaming! – That’s exactly the mantra which is being followed since a couple of years in India. From the launch of the next-gen consoles to breakthrough championships, the word “nascent” seems to be a term of the passé that one can relate to while referring to gaming in India.

The month of March 2008, was no different. Renowned gaming portal Zapak, an arm of Reliance recently organized a national level gaming tournament called ‘Corporate Gamer’. The contest challenged every executive from all levels, from lower level executives to chief executives. As many as 2000 corporates from 100 organizations participated in the tournament.

Friday, 21st March, 2008 marked the finals of this grand event. The finale was held at Hard Rock Café, Mumbai. Prior to the D-days, the prelims were conducted at Zapak Gameplexes in Delhi, Mumbai and Bangalore on 8th, 9th, 15th and 16th of March. Gamers could take a pick amidst a slew of games, from Counter Strike 1.6, a tactical game involving shooting of terrorists; FIFA, a football game; Need for Speed (NFS), a car racing game; and Zuma, Bejeweled and Heavy Weapon, the casual games.

The event was co-sponsored by Electronic Arts, while the associate partners were Kingfisher Airlines and Force India.

The final battle had 30 finalists, 10 from Delhi and Bangalore. And the winners were: 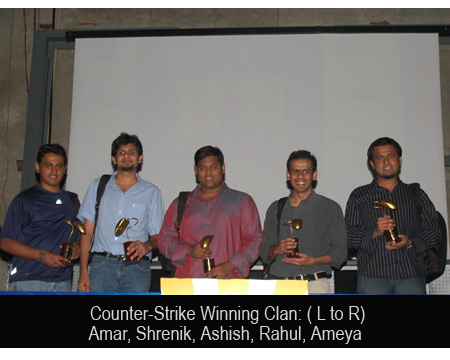 Undoubtedly, the entire concept of having a “corporate” gaming competition sounds quite exciting. It gives an opportunity for professionals from various sectors to come over and display their gaming prowess. Speaking about this, Arun Mehra, Chief Marketing Officer, Zapak, says, “A lot of corporate professionals in BPOs, ad agencies, IT and telecom companies play games on the Internet in their office during breaks and this competition is a natural extension to reach out to them and recognise gaming champions among corporates.”

The lucky winners of the Zapak ‘Corporate Gamer’ event went home with the following goodies:

2. Adventure Holiday Package – from Travelport – in India (choice from 10 given destinations)

2. Adventure Holiday Package from Travelport – in India (choice from 10 given destinations)