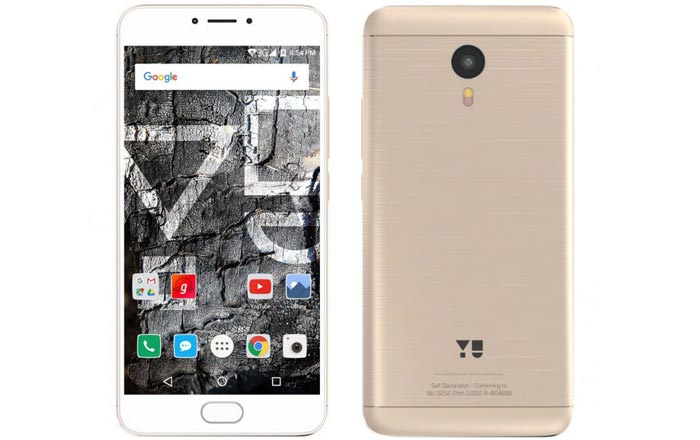 Yu has officially taken the covers off the Yunicorn, the brand’s latest flagship offering for the mid-range market. The company has decided to sell the handset exclusively via Flipkart for a month beginning from June 7, with registrations for the first flash sale set to begin from May 31.

Yu is looking to drum up sales for the Yunicorn by offering the phone at Rs 12999 during the course of its Flipkart residence. The price will rise to Rs 13999 after the first month is up. The Micromax-owned firm is putting a heavy focus on software with the new phone, touting the fact that it runs on near-stock Android 5.1 Lollipop.

Yu goes as far as to call this Android on Steroids. It has left its mark in a few areas though, such as a vertical app drawer and monochrome mode in order to facilitate convenient reading and extended battery life. The manufacturer has further promised to update the phone to Android 6.0.1 Marshmallow within a month of its debut.

It’s also updated its Around Yu platform to version 2.0, adding more partners like Lybrate and Uber along the way. Specs-wise, the Yunicorn has been carved out of an aluminum alloy and features a fingerprint scanner embedded within its home button. Notable highlights include a 4000mAh battery which supposedly lasts for 500 hours of standby time and supports quick charging technology.

Check out the specifications of the Yu Yunicorn at a glance:

Once again, you can register for the Yu Yunicorn’s first flash sale via Flipkart.