Phonebloks, Motorola’s Ara and most recently, ZTE’s Eco-Mobius have shown us what a modular smartphone should look like. How about a similar LEGO-style desktop? Here’s the Razer Project Christine dream PC which can survive your fiddly fingers if you count yourself amongst those who love having their hardware updated at all times.

The company is quite new to the PC game, if you keep in mind the fact that it released the Razer Blade and Edge laptops only in 2013. It’s made quite a loud appearance this week with Project Christine. So what makes this modular desktop one of the coolest exhibitions to have come out of the CES 2014? 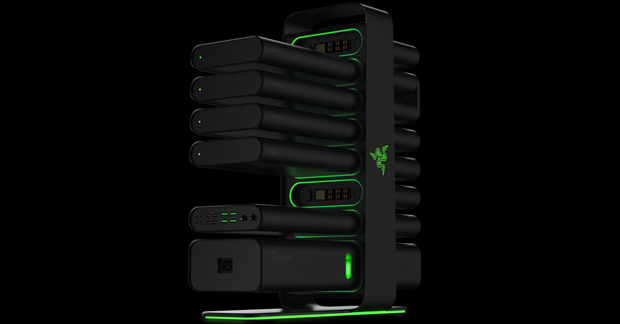 It’s a rack composed of all the necessary PC parts. Want to change the CPU, RAM, graphics card, storage or power supply module? Just slide it out of the system and drop in your component of choice instead. PCIe technology will automatically sync the new with the old so that users will merely have to plug in replacement hardware.

Each of the modules which fits into the slots will be self-contained and feature liquid cooling as well as noise cancellation technology. Razer says that users will be free to overclock the desktop’s components without worrying about voiding warranties. 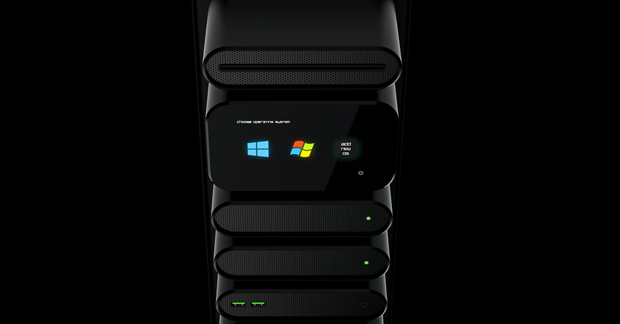 And it goes without saying that the modular PC is all black with glowing green lights to make sure you understand that it comes from a planet far far away. Apart from this tower, Razer also did its inevitable bit for wearables by introducing the Nabu wristband at the CES.

Project Christine is still in the concept stage presently, but we’re sure we’ll here more about it soon enough. 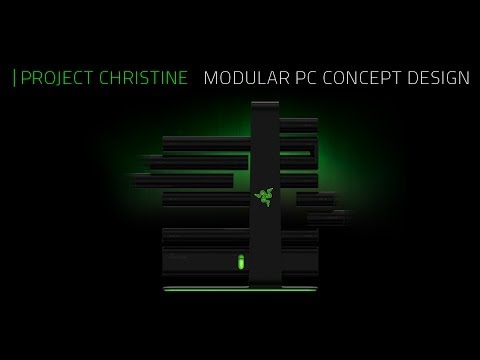