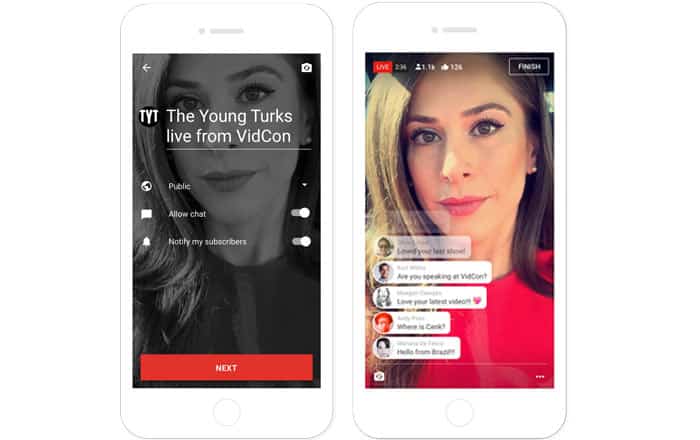 YouTube is expanding its live video options in a big way, making it more accessible by allowing anyone to broadcast streams right from their phone. The service has been off-limits to most people since its launch in 2011, with the brand only letting verified channels who conducted it through Creator Studio to utilize it.

This state of affairs has now been thrown out of the window. YouTube’s got no time to lose, what with Facebook’s Live platform and Twitter’s Periscope encroaching upon its territory with their own video services. Both have been aggressively expanding in recent times, especially the former.

YouTube is taking it slow with its app’s new live streaming capabilities. It’ll be sent out to select creators first before expanding to more people in the future. Once it hits general availability, using it will be pretty simple, especially compared to the previous process for setting up live videos.

All a user has to do is tap on a big red button located on the lower righthand side of the app, click or select a picture for the video’s thumbnail, and then start broadcasting and chatting in real time. Since the feature is in-built within the application, YouTube will be treating a consumer’s live streaming like a regular video.

This means a person’s YouTube channel will serve as the home for all their live videos. They’ll also be able to search for it just like a normal video, find it through recommendations and playlists, and safeguard it from unauthorized uses. The firm also promises that its infrastructure will guarantee a faster and more reliable service than its competitors.

YouTube’s push towards more accessible live streaming makes sense for the brand given its dominance when it comes to videos. Facebook and Twitter have the advantage of being social media giants though, an important factor when considering the fact that sharing plays a big part in the popularity of such broadcasts.