In early December, YouTube posted an exceptionally cringe-worthy video dubbed YouTube Rewind 2018: Everyone Controls Rewind which quickly became the most disliked content on the platform with 15 million down-votes. Fast-forward to a few weeks later, the company is considering a way to prevent ‘dislike button mobs’ from inappropriately influencing video recommendations and reach.

Director of Project Management at YouTube, Tom Leung, has published an update to the Creator Insider channel which says that they are experimenting with ways to prevent ‘mobs’ from hitting the dislike button on a video merely on the back of popular sentiment or with the intention of burying it out of sight. The whole subject is a many-faceted issue, of course. 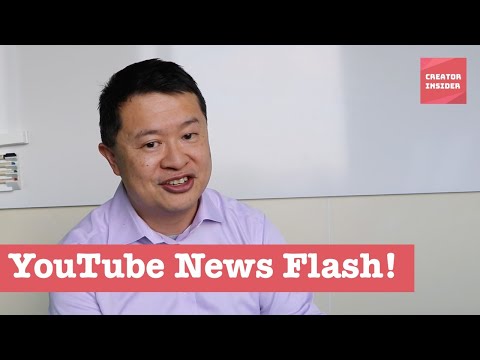 The number of down-votes on a YouTube video is currently visible by default. There are times when herd mentality might subconsciously coax a person to press the dislike or like button if the content they’re watching has an overwhelming number of down-votes or up-votes, correspondingly. The company is considering turning off the visibility of ratings by default.

Another option is to remove the dislike button, a move that Leung acknowledges would be undemocratic. YouTube might alternately look at asking viewers to tick off a checklist of reasons as to why they are choosing to down-vote a video. While they’re at it, content creators might benefit from a timestamp which lets them see at what point a user liked/disliked their videos.

Since the length of content posted on the video-sharing website varies vastly, forcing the audience to watch a certain percentage of footage (say, 25% of a video) before voting on it may not be fruitful and invite backlash. Maybe YouTube could allow viewers to hit the ratings button only after a standard amount of time, like 1 minute into watching a quarter hour video for example.

On the other hand, the entire purpose of the ratings system is to allow audiences to have a say in the kind of content they would prefer to continue seeing or not seeing on the platform. If YouTube is willing to trust people with the like button which is also impacted by waves of public sentiment, why should it be pricked by the need to do anything about the dislike button?

Even though Leung is referring to viewers who slam the down-vote button on a video without watching the whole thing or without watching it at all, when he talks about ‘dislike mobs’, the narrative is still leaving ‘like button mobs’ (such as those who made World Record Egg famous) out of the picture. It’s an open secret that ratings – good or bad – can be bought on content sharing sites.

So ultimately YouTube’s decision to experiment with ways to prevent dislike button mobs from affecting video recommendations and viewership starts to stink of the beginnings of full-blown censorship.