‘If you can’t buy it, build it yourself,’ is the motto based on which YouTube Gaming has come into existence. Months ago, Google had tried to make a purchase of Twitch which was eventually bought by Amazon. But the search giant and its video-sharing entity have now managed to create a similar service out of scratch.

YouTube Gaming will act as a hub for gamers to watch videos related to games as well their livestreams by others from all over the world. It can be accessed via the web, and even has Android and iOS apps that can be downloaded now via their respective channels.

Although the main attraction of this service is definitely its livestreaming options, it has much more to it than just that. For starters, it has access to the whole database of YouTube videos, which it uses to handpick all the gaming-related clips and present them to you on its homescreen. 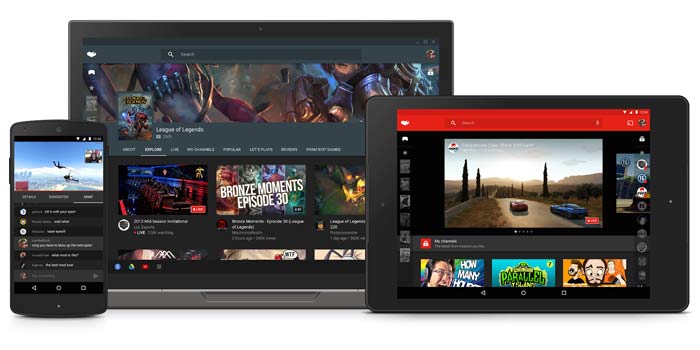 Moreover, in true Google style, it gives you personalized recommendations based on your usage patterns. And then there’s of course the ability to live stream from your PCs. There’s no option available for PS4 and Xbox One gamers at the moment, but that shouldn’t take a lot of time to arrive.

The interface of the YouTube Gaming website is a pretty neat one, with almost everything being accessible via the homepage. You can like or dislike videos and livestreams, and you can even favorite them for watching later. A live comments system is present as well moreover.

You can visit the web version of YouTube Gaming through this link, while you can head over to the Google Play store or the Apple App Store to download its apps.