Those who know YouTube also know that its comments section is one of the most volatile and at times disreputable places on the Internet. In its bid to alter this perception, the Google-owned video-sharing website has doled out a fresh update to its comments section, providing a personalized touch to the whole affair.

Starting now, comments on videos by users from around the globe will be sorted on the basis people who matter to you first. And moreover, with your own channel, you’ll get a number of different options to moderate the comments that are posted on it by others, as revealed by YouTube through a new blog post. 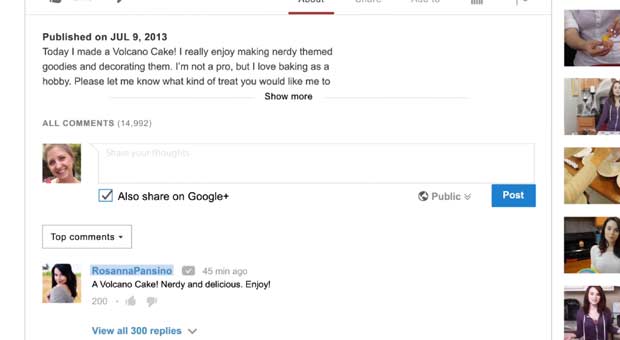 Kicking the old rule of placing the most liked comments on the top spot, the site will now give first preference to remarks made by the video’s creator, popular personalities and people in your Google+ Circles. Moreover, engaged discussions about the clips will also be given preference to by YouTube. And for those interested in live updates, an option to switch from ‘Top Comments’ to ‘Newest First’ will be made available as well.

Furthermore, as a commenter, you’ll have the liberty to join conversations either publicly or privately. Your conversations can be chosen to appear to everyone, people in your Circles or only to those who concern you. And for you to be able to easily follow them, these conversations will be threaded like in Gmail.

For channel owners, fresh tools will be granted, allowing them to review comments before they’re posted, block certain words and let someone else approve the comments for them. These new changes to YouTube are coming into effect gradually, so keep checking the site if you can’t see them as yet.