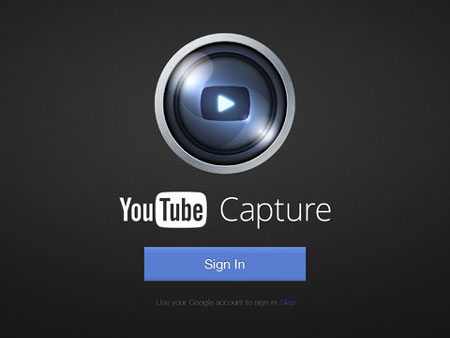 The YouTube Capture iOS app has come to the iPad and the iPad mini and allows users to upload videos directly from their tablet. A few finishing touches can also be added to give the content a little bit of a polished feel. And the application also brings a few sharing options so that videos of fuzzy things like five-legged cats can be sent to every corner of the Internet.

YouTube Capture for the iPad and iPad mini is a dedicated video recording app and it will give Apple tablet users the ability to add a few colorful touches to the videos they record. Background music, for example, can be made to accompany visuals, and hues in the video can be leveled with the auto color correction tool. In addition, shaky footage can be smoothened out with the auto stabilization option. 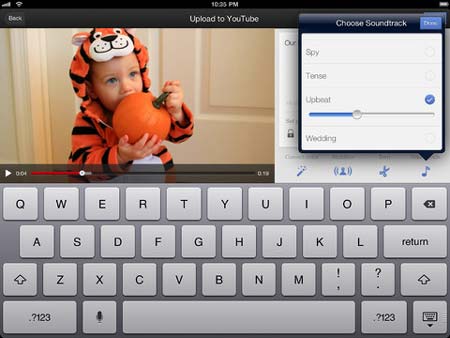 As we mentioned above, a few nice choices have been included when it comes to sharing. Those who have the app can upload to their accounts on the site and can share to Facebook, Twitter and Google+, all at the same time. That should make for a very simple means of getting videos recorded on the tablet posted to all the social networking sites with one ease swipe.

But screaming something out on rooftops may not be for everyone, and so the power to make a clip private has also been granted. Either way, with just a few clicks, anything recorded can be clipped and trimmed, and after adding the necessary fairy dust, can be beamed onto the video-sharing website. 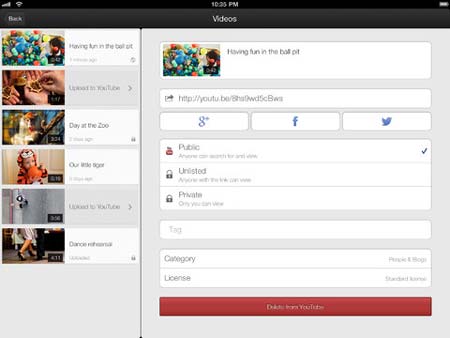 Android – also owned by YouTube’s parent company Google – on phones and tablets, comes with the ability to directly upload videos to the site, which means that it isn’t required to have an app just for that. But the search giant continues to produce apps for its services on iOS, the most famous of which was the Google Maps for the iPhone 5.

The YouTube Capture app for the iPad and the iPad mini is in version 1.2 and comprises of a download 28.2MB in size. It is available for free from the Apple iTunes store and offers support for several languages including French, Spanish, Japanese, German, Italian, Portuguese and many others.