YouTube banned in Turkey over Offensive Videos, Once Again 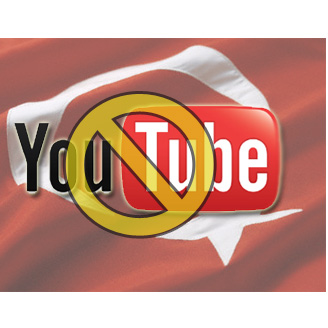 Last year in March 2007, we reported about a Turkish court that had banned access to video-sharing Web site YouTube, because of videos that insulted the founder of modern Turkey. Within a few days however, this ban was lifted. Now, once again YouTube has been banned in Turkey for hosting similar videos.

The videos that are enraging Turkey are those which directly insulted the country’s founding father, Mustafa Kemal Ataturk. These have resurfaced once again.

All those users who are currently trying to access the Google-owned video sharing site from Turkey are greeted with a notice in English and Turkis that says, “Access to this web site has been suspended in accordance with decision no: 2008/55 of T.R. Ankara 12th Criminal Court of Peace.”

According to Turkey’s legislation, insulting the founder of Turkey or anything that concerns Turkey is a huge offense.

In March last year, YouTube had faced a similar situation when Turkey had banned access to YouTube due to clips that described Turkey’s founder as not being straight. YouTube responded to this situation by removing the videos in question, after which Turkey lifted the ban two days later.

It seems that YouTube is facing a lot of problems not only in Turkey, but also in Thailand, for which the video sharing web site was banned. In fact, YouTube has been banned a number of times in Thailand because of offensive video clips.

As of now, there is still no official announcement on how long this ban on YouTube will last in turkey