Microsoft’s WP platform is yet to get 64-bit support and that could be happening soon enough seeing as the Alcatel Pop 2 has made it as the first device with a compatible processor. It’s quite surprising that a Nokia-branded phone isn’t going to earn this title now that Microsoft owns the brand. But this shouldn’t really matter especially since there’s no word on when the OS will be 64-bit-ready.

The smartphone is actually a version of the Alcatel Onetouch Pop 2 which was revealed last week with Android, but it will come with Windows Phone 8.1 preloaded instead. This is essentially the same strategy HTC used with its One M8 Android and Windows smartphones. 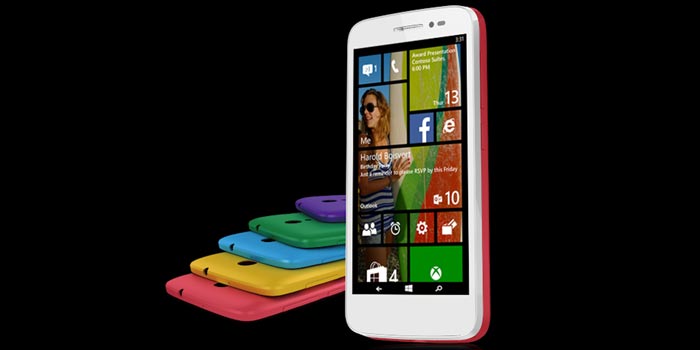 The Windows Phone 8.1 device in question is an low-end one and kicks in basic specs. The processing power comes from a 1.2GHz quad core Snapdragon 410 chip that features Adreno 406 graphics, notes WMPoweruser. On the front, there’s a VGA snapper and a 4.5-inch FWVGA display, while a 4MP camera with LED flash can be found on the flip side.

Also see: HTC Desire 820 is colorful and the first to run on a 64-bit octa core Snapdragon 615

Fitted within the phone’s 9.9mm design is 8GB of hoarding capacity and there should be microSD expandability as well. Apart from these features, the handset delivers optional dual SIM slots, LTE connectivity and a 2000mAh battery.

There’s no word on when the Alcatel Pop 2 will go on sale, but it will arrive in options of yellow, blue, white, green, purple and red. The device is priced at €119.