You can now dismiss other admins in WhatsApp

WhatsApp’s finally rolled out a new “Dismiss as admin” feature which has been in testing for a couple of months at this point. It allows administrators to remove other administrators from groups, designating them as members instead.

This change is available officially via WhatsApp for iOS version 2.18.41 and WhatsApp for Android version 2.18.116, with WABetaInfo stating that previous iOS builds might get hold of the feature, but it’s better to hop on the latest one. The tool is also accessible through WhatsApp Web.

Before the Dismiss as admin came out as an option, admins would have to remove a person from the WhatsApp group and then add them again in order to strip them of their admin status. This entire process is now at an end since admins can dismiss any other admin by heading into the Group Info section and tapping on the person’s name. 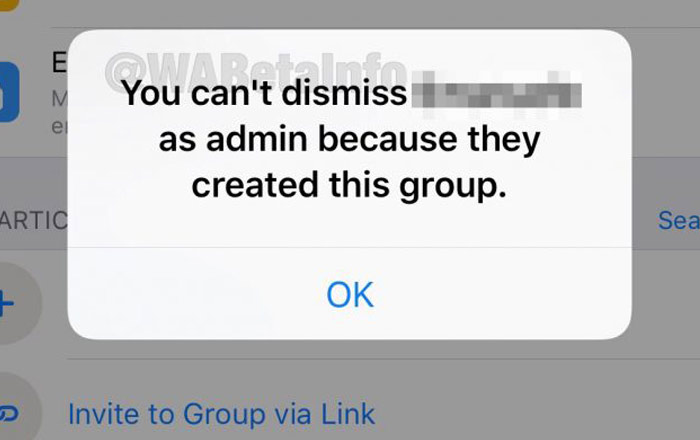 This will prompt a list of options, with Dismiss as admin being one of them. However, administrators can’t remove the original creator of the group as an admin. Perhaps the old method of leaving and then coming back to the group might work here.

WhatsApp’s got a few other features cooking up in the beta version of its Android app. The most recent one to come to light is a tool called High Priority notifications. This basically allows users to make sure specific one-on-one and group chats appears at the top of the notifications center, similar to how pinned chats work.

You can download WhatsApp via the Play Store and App Store. Its beta build is available through APKMirror.