The YotaPhone, an unconventional device that has dual displays, each on the front and the rear panels of the smartphone, has finally been made available in some regions today. Those in Russia can lay their hands over the handset by shelling out an amount of 19,980 rubles, while interested customers in Europe will have to part with €499.

This gadget which can even act as an e-reader has already been put up for sale in countries like Germany, France, Spain and Austria, while Cyprus, Czech Republic, Greece and the UK will play host to the YotaPhone in January 2014. It will also be landing in some other European nations in the first quarter of the next year, but nothing has been mentioned about its arrival in any other region, including the US. 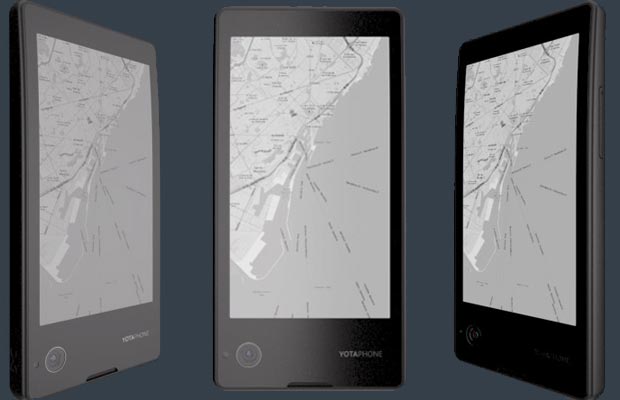 Based on the Android Jelly Bean 4.2.2 OS, the YotaPhone has a 4.3-inch LCD capacitive touchscreen of 1280 x 720p resolution on the front, while a similarly-sized EPD 640 x 360p display rests on the rear side. It comes drenched in shades of black and white and accommodates a 1.7GHz dual core processor within its chassis that measures 133.6 x 67 x 9.99 millimeters.

The device in question is also compatible with LTE networks and brings attributes like Wi-Fi, Bluetooth and GPS amongst others. A 13MP auto focus camera with LED flash and a 1MP webcam have been thrown into the mix and the smartphone has 2GB of RAM as well as 32GB of onboard memory. It draws power from a 1800mAh battery.

The YotaPhone can now be picked up from the official website in select regions.