The makers of the Yotaphone 2 have kept fans waiting for far too long. They revealed the device for the first time in February this year, and it’s only now that they have finally gone on to disclose its release plans.

The dual-display handset will be making its way into Europe sometime this month. 32990 rubles is the price the Yotaphone 2 will bear in its home country Russia, and a quick conversion reveals that European buyers can expect it to cost around 490 Euros. 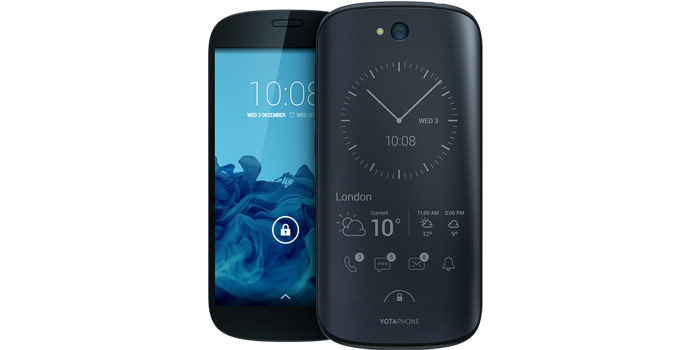 According to Sputnik News (via Engadget), the phone’s maker will be releasing it in Asia-Pacific, Canada and Latin America during early 2015. Local pricing will hence be released later on.

Also read: YotaPhone with dual screens is Rs 5500 cheaper in India, but not for long

The highlight of this phone is the fact that it houses two displays instead of one. While one among them is a 5-inch 1080p AMOLED panel, the other one is a reader-friendly e-paper touchscreen. The basic functions of the device an easily be handled through this e-paper display which will prove to be of great help when one is trying to save up on battery life.

The Yotaphone 2 runs the Android 4.4 KitKat OS, and offers the benefits of a Snapdragon 800 chipset. Apart from 2GB worth of RAM, it also kicks in 32GB of storage and an 8MP rear camera.

A look at the specs of the Yotaphone 2:

We’ll have more on the Yotaphone 2 when additional details about its release in new territories are out.