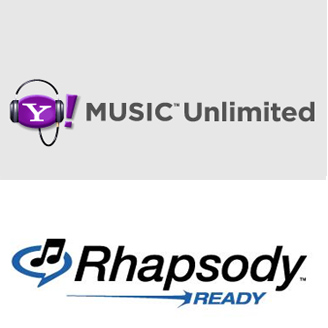 Internet giant Yahoo will no longer operate its online music subscription service known as Yahoo Music Unlimited. The company is reportedly switching its customers to RealNetwork’s Rhapsody music service. This switchover is a part of a new deal between the above mentioned companies that requires Yahoo! to promote Rhapsody on its site.

The terms of the deal between Yahoo and Rhapsody which was officially announced today, were not disclosed in detail.

According to Scott Moore, Yahoo’s head of media, “People want to have music and consume it in lots of different forms and across different devices and platforms and we want to have a play in as many as those as we can.”

Moore also said that partnership between Yahoo and Rhapsody would allow Yahoo to focus its energies more on free-ad-supported music and other media offerings.

Under the RealNetworks-Yahoo partnership, Yahoo Music Unlimited subscribers will be shifted to the Rhapsody service sometime in the first half of the year. It is also known that Yahoo subscribers’ music library and payment plans will remain the same for a limited period of time. However, those who wish to remain on Rhapsody will eventually be required to sign up at Rhapsody’s rates.

Yahoo Music Unlimited allowed users to download an unlimited number of tracks that are playable as long as their plan is active. Yahoo’s subscription rates range from $5.99 a month, if users pay for a full year in advance, or $8.99 a month, whereas Rhapsody membership begins at $12.99 a month.

Now, as part of the new deal, Yahoo will integrate Rhapsody into its online music portal. Both companies hope that this move translates into the inflow of new Rhapsody subscribers.

“They are our subscription partner going forward and there’s money to be made for both of us in that,” added Moore.

Further down the line, Yahoo and RealNetworks plan to collaborate on other digital music services including offering music downloads.

Moore also said that Yahoo is currently working out the fine details of upcoming changes to its music offering. However, he also noted that music downloads and ad-supported music would play a role.

“We already have a very significant streaming ad-supported business and that’s something that I’m particularly interested in continuing to expand. In terms of downloads, that another area where I’m not ready talk about yet, but we’re very interested and we’re exploring our opportunities,” Moore was quoted as saying.