Yahoo Mail and Weather app for iOS and Android launched 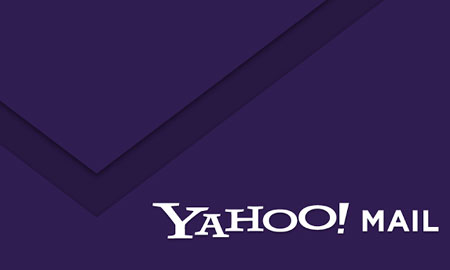 Yahoo has introduced two new mobile apps, for weather and e-mail, the first of which is for the iPhone, iPod and iPod Touch, while the second is for the iPad and Android tablets. Just recently, the Silicon Valley company made a change to its e-mail for desktop letting users send larger files across than were initially allowed. It partnered with Dropbox and users could even save attachments to the cloud.

The weather app is a little different from most others and is supposed to be a window into the places people care about. It aggregates some of the most beautiful images from the Flickr community showing current weather conditions locally, but it also layers the details about the forecast on top. 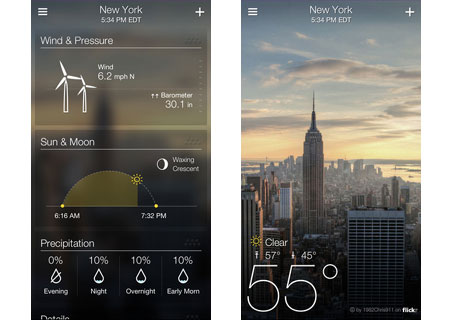 Users need only to tilt their devices in order to get started scrolling through the pictures of the conditions from places they are passionate about. A tap on the temperature will pull up a quick view of the forecast, and scrolling down will give more information on things like precipitation, wind and pressure, and there is even a radar map.

Users can also share the photos they click by submitting their works of art to the company’s Flickr Group to be seen by millions of other users. The app takes the images from the group and combines them with accurate weather information from around the world. It is available for free on the Apple iTunes store internally in 30 languages.

Coming to the app for e-mail on tablets, it has been designed to give a sense of simplicity. The folders, buttons and tabs from the web client have all been removed to make the on-the-go experience more fluid. The interface has been created in such a way that users can flip through their e-mail like a magazine.

Getting rid of the clutter has been made easier and users can choose to automatically group message by sender. With a swipe, all of the grouped e-mails can be deleted, starred or relocated. The company has released a video showing the capabilities of the new mobile app which we’ve attached below. 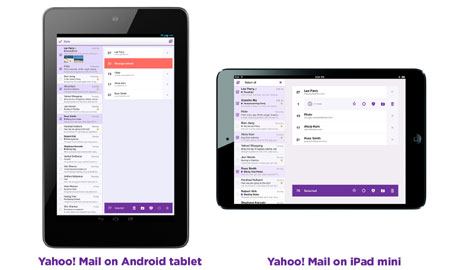 The Yahoo Weather and Mail apps for iOS and Android tablets are now available to download from the respective online stores.