The Yahoo Messenger days may be long gone, but its maker hasn’t given up on its ambition to thrive in the instant messaging space that’s populated these days with utilities like WhatsApp, Facebook Messenger and more. The Sunnyvale-based company has quietly released a new iOS app named Livetext.

Its basic concept is surrounded around the idea of showing your friends where you are, while simultaneously texting them. Yahoo Livetext divides the screen into two halves, with the upper half showing you the live video and the lower half rendering a keyboard to keep the conversation going.

Your live video will keep playing even as text appears over it during the conversation. Strangely enough though, Yahoo has decided not to include sound in the video. Yes, these chats will be devoid of any audio, limiting the conversations strictly to text chat. This means it’s basically a Skype call with text taking the place of audio. 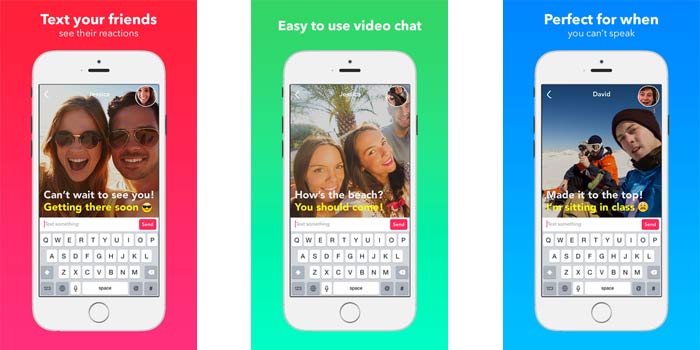 This app has been given a soft-launch, as it’s only available to download in Hong Kong, as revealed by Tech Crunch. The company perhaps wants to test how the concept of Livetext fares among its target group before expanding its reach.

Yahoo has made it clear that its new app is aimed only at one-on-one chats, and it hence does not feature support for group messaging. For adding friends into users’ lists, they can either ask for their Livetext IDs or go through their address book contacts to connect.

Like we said, Yahoo Livetext is only available for iOS devices through the Apple App Store in Hong Kong. There’s no word out now regarding when it will reach other territories.