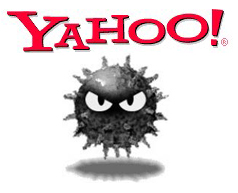 An email virus nicknamed JS.Yamanner@m seen to be exploiting a flaw in Yahoo’s web-based e-mail, is on the move, however the impact appears to be low, announced security expert Symantec.

The mass-mail worm JS.Yamanner@m stands apart front the rest, wherein a user has to just open the e-mail to cause it to run, said Kevin Hogan, senior manager for Symantec Security Response. Mass-mail worms have usually been contained in an attachment with an e-mail note encouraging a user to open it.

The worm, written in JavaScript, exploits a vulnerability that enables scripts embedded in HTML e-mail to run in the users’ browsers. Yahoo users should be able to change their settings to block the zero-day exploit, Hogan said.

Symantec rated the worm a Level 2 threat, one notch above its least harmful ranking. Hogan said the worm did not appear to be spreading widely, and he did not anticipate the threat level rising.

“This worm is a twist on the traditional mass-mailing worms that we have seen in recent years,” said Dave Cole, director at Symantec Security Response. “Unlike its predecessors, which would require the user to open an attachment in order to launch and propagate, JS.Yamanner makes use of a previously-unknown security hole in the Yahoo Web mail program in order to spread to other Yahoo users and harvests user information for possible future attacks.”

When activated, the worms then sends itself to other users in the victim’s address book who also use Yahoo e-mail with the suffixes of @yahoo.com or @yahoogroups.com. The worm copies a function within Yahoo’s web mail called “Quickbuilder,” which enables a user to add contacts in an address book from received e-mail, Hogan said. The process, however, is transparent to the victim, he said.

The gathered e-mail addresses are sent to a remote server. Users of Yahoo Mail Beta do not appear to be affected, Symantec said.

The worm also opens a browser that displays a webpage that does not appear to contain malicious content.

Although Yahoo’s web e-mail has not been fixed, users are advised to update virus and firewall definitions and block any e-mail sent from av3@yahoo.com. The subject line of the e-mail with the worm says “New Graphic Site,” and the body says “this is test.”