Xolo devices have a tendency of popping up way before the company can actually take the wraps off and the recently spotted handset, the Q3000, which showed up along with the LTE enabled LT900, has been put up for pre-order. Additionally, a price of Rs 20,999 has been fixed to the device, while the estimated release date is January 4.

The Xolo Q3000 is the successor to the Q2000 which offers a 5.5-inch 720p HD display, a quad core processor and a 13MP main camera. The upcoming handset has a slightly larger touchscreen of 5.7 inches with IPS technology and 1080p resolution, putting it in the same class as the Note 3. The CPU included here is a slightly beefier one having a 1.5GHz clock speed instead of 1.2GHz. 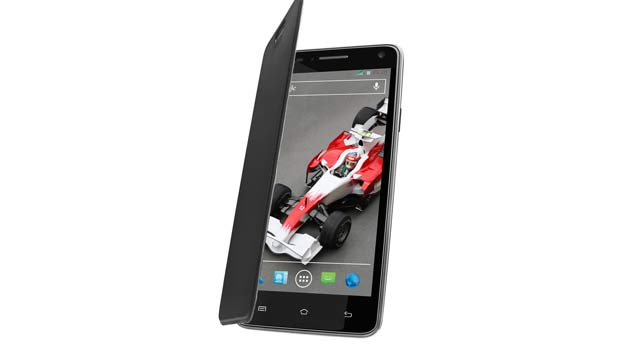 The chipset is the quad core MTK 6589 Turbo with PowerVR SGX544 graphics. The company has also added an extra 1GB of RAM which is better for multitasking. The Xolo Q3000 comes with 16GB of internal memory and a microSD card slot supporting up to 32GB. There’s a 5MP camera on the front, while the rear dons a 13MP shooter with 1080p video capture. 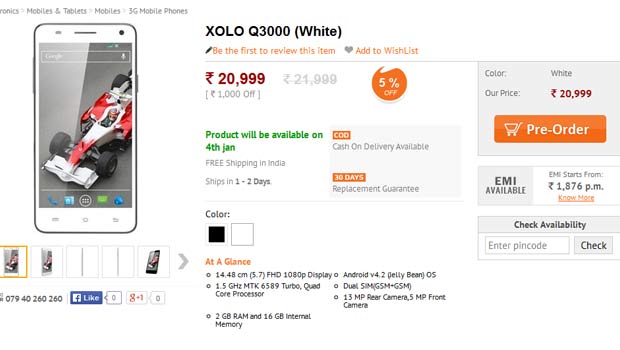 Those interested in purchasing the Xolo Q3000 can pre-order the phablet on Infibeam by clicking here. Additionally, the LT900 4G smartphone can be purchased via Snapdeal for Rs 16,800 through this link.