After teasing the Omega smartphone series earlier this week, Xolo has now made the lineup official by unveiling two handsets, one 5 inches wide and the other spanning 5.5 inches. Both phones will go on sale starting this month itself with prices under Rs 10000.

The new handsets flaunt pretty attractive designs where the rear panel has a curved shape for a better fit when held in hand, while the sides don a metallic rim. The Xolo Omega 5.0 is the smaller of the two devices and it carries a 5-inch 1280 x 720 pixel IPS LCD panel on the front. 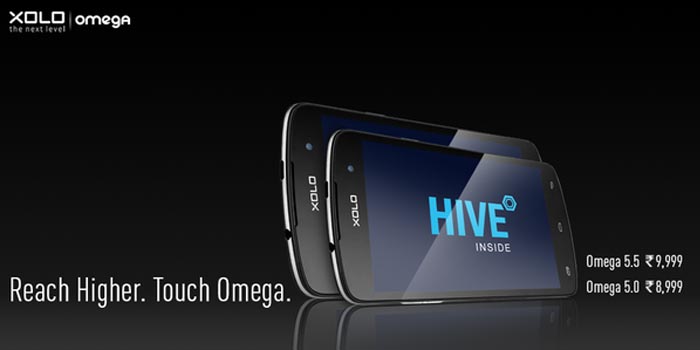 There’s also a 2MP camera here and an 8MP Sony Exmor RS sensor on the rear. The phone is powered by a 1.4GHz octa core MediaTek processor with Mali-450 graphics and a 2100mAh battery. It offers 1GB of RAM and 8GB on inbuilt storage which can be expanded by up to 32GB mode.

And unlike most budget smartphones on the market, this one doesn’t have dual SIM support and neither does the larger 5.5-inch model. Xolo has fitted the latter with the same display panel, processor and memory provisions, but has thrown in a better rear camera of 13MP. The sensor used here is the Exmor IMX 214 from Sony which is also found on the popular OnePlus One. Additionally, both phones come with Android KitKat and the Hive UI with an update to Lollipop in the works.