While we’re patiently waiting for Xolo to launch its own version of the Tegra Note from Nvidia, the company has treated us with yet another budget handset, the Q700i. The smartphone in question is an upgraded version of the Q700 which was launched back in May.

The Q700i is no different from its predecessor where looks are concerned. The phone has the same design as its predecessor which measures 67.5mm x 135.8mm x 10.2mm and tips the scales at 151.3 grams. The main changes are made to the hardware, albeit they’re just minor. The front and rear cameras are now 2MP and 8MP from VGA and 5MP, respectively. The primary snapper also has auto focus, a BSI sensor and the ability to record videos in 720p HD. 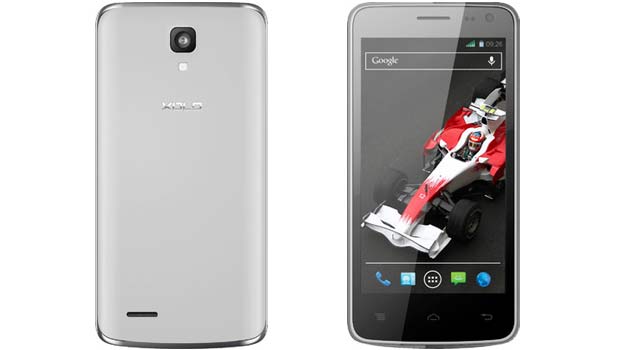 The remaining specifications appear to be the same. The handset carries a 4.5-inch IPS touchscreen on the front that’s based on the OGS technology with qHD resolution. Tucked away on the inside is a popular 1.2GHz MediaTek chipset with quad core A7s and PowerVR SGX544 graphics. Accompanying the SOC is 1GB of RAM, 4GB of flash memory for storage and a microSD card slot that supports up to 32GB.

The Xolo Q700i is pending an official launch through the company. Nevertheless, it can be purchased through Flipkart in white for Rs 11,999.