The Xolo Q1200 has been officially unveiled by the Indian OEM and it’s being marketed as a mid-range smartphone carrying an affordable price tag with decent features. The phone was initially on sale for Rs 14,999, but is now officially available at Rs 13,999.

The Xolo Q1200 first made its appearance along with the KitKat touting Q600s a week back when it was spotted on Snapdeal. The phone falls in the 5-inch category and it comes with Android 4.2 Jelly Bean on board which is rather disappointing considering that cheaper handsets have version 4.4 KitKat. Nevertheless, the company has promised an update to the latest OS, but has made no mention on when it will be rolled out. Let’s hope it isn’t going to be a long wait. 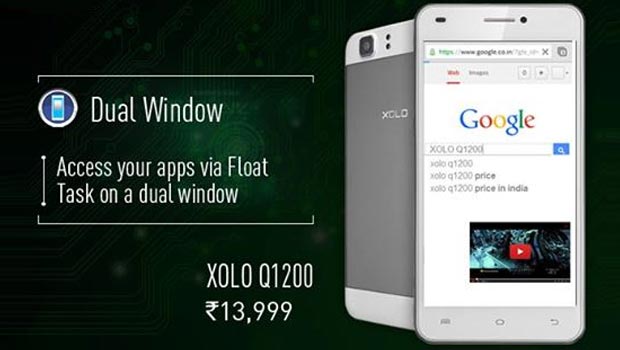 The smartphone offers visuals in 720p HD resolution at 244ppi and the IPS screen sports a Corning Gorilla Glass 3 coating. One of its key features is gesture control which allows you to carry out various tasks such as unlock the phone, browse through images, skip tracks and more by simply waving your hand over the display. You can also answer calls, capture images and snooze alarms through voice commands. Then there’s the Dual Windows feature which allows you to run two applications at the same time in floating interfaces. The phone has a metallic unibody design with dual speaker backed by Dolby Digital audio. 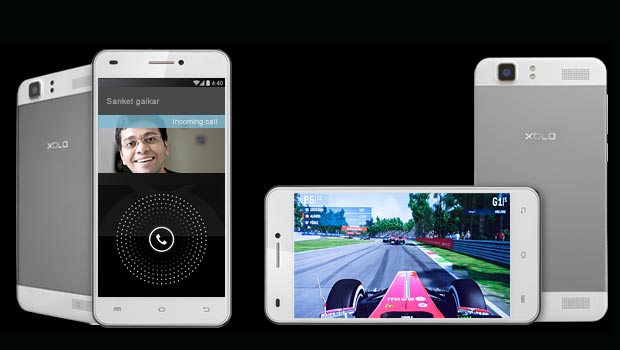 The Xolo Q1200 is available for pre-order at Rs 13,999 through multiple retailers and stores across India.